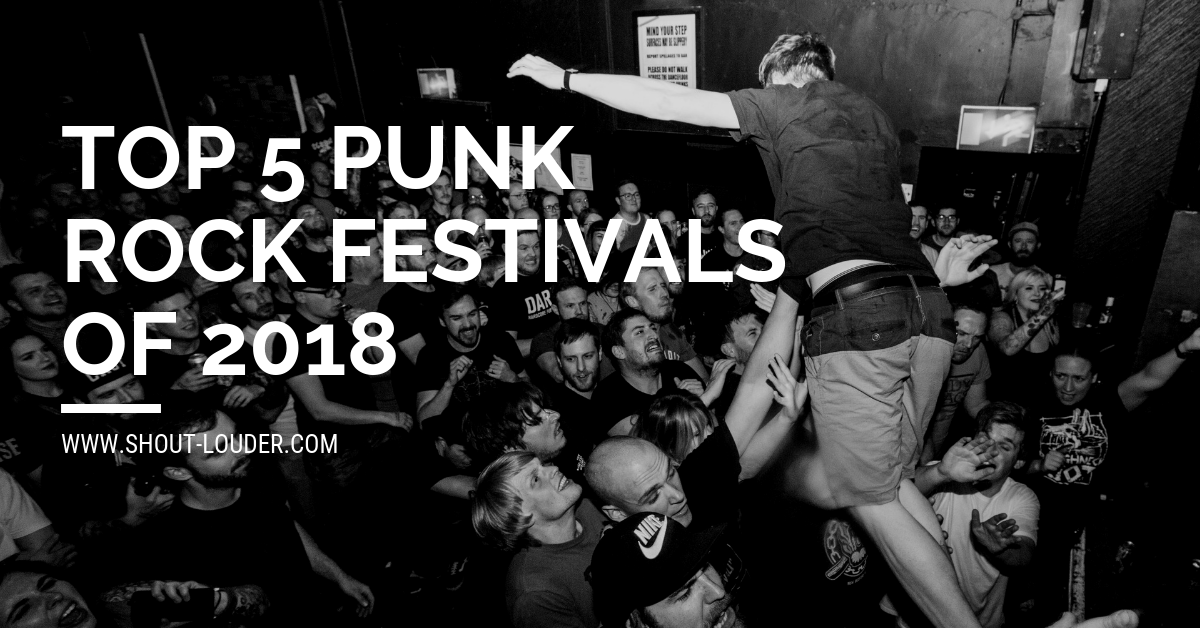 2018 has been the year of the festival for me. I’ve been lucky enough to enjoy quite a few.

One of the uniquely brilliant factors about the punk scene is that you develop close friendships with people in far flung cities and countries. Our community relies on big events like these to bring everyone together – there are some friends that I would describe as ‘close’ despite only seeing them at musical festivals every couple of months. There’s something about forgetting an entire weekend together that brings you even closer. 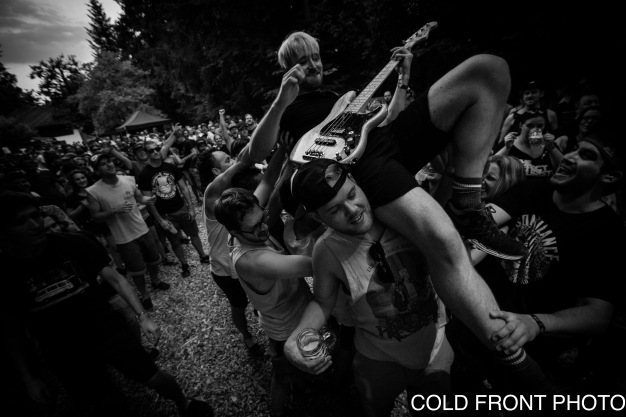 It feels a tad unfair ranking punk festivals when, clearly, I can’t go to every single festival. Notably, this year I was unable to make it to Pie Race Festival, Wotsit Called Festival or Level Up Festival, which I suspect might feature highly if I had.

Similarly, I went to some absolutely brilliant festivals that deserve some love that haven’t quite made it onto the list here. Specifically, I’d recommend Belgium’s El Topo Goes Loco to everyone – it’s small, sunny and always has an incredible line-up. I also fell in love with Belgium’s Brakrock Ecofest – anothering stunning location, easily accessible with an excellent roster of bands (looking even bigger in 2019). I also enjoyed Dugstock and Polite Riot at The New Cross Inn, plus handful of smaller fests around the country.

These were the five best experiences of my entire year: 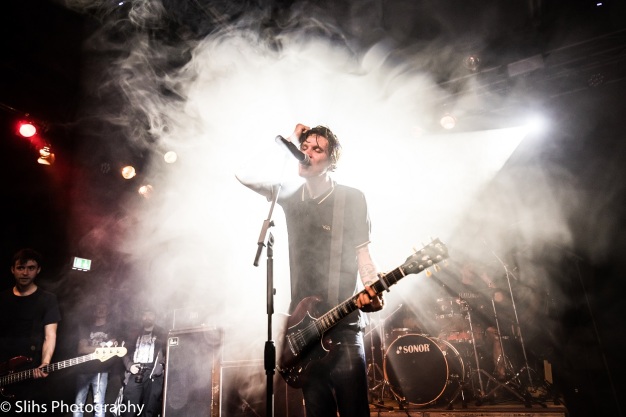 Going to SBAM Fest was a somewhat impulsive decision, in an effort to overcome the MPF post-festival blues. However, with Propagandhi, Iron Chic, Satanic Surfers and No Trigger it was a no-brainer.

After a seriously long trip (Manchester to Stansted, Stansted to Salzburg, train to Wels) I found myself in a cool location miles away from home; a converted slaughterhouse covered in graffiti and filled with affable punks. I caught bands from closer to home like Darko, Wonk Unit and The Murderburgers, plus some foreign highlights like Astpai and The Bennies. I also did some catastrophically hard partying that led to the worst hangover of the year – typically a sign of a good weekend.

This year’s looking even better with bands like Fair Do’s, Wolfrik, Rebuke and The Affect Heuristic alongside Good Riddance, Snuff, Spanish Love Songs and Authority Zero, plus heaps of others.

You will never, ever find a festival better located than Punk Rock Holiday. The rivers, the mountains and the lush forests are without a doubt the most beautiful surroundings a punk could ask for. That you can shower every single day, dry off in the sunshine then jump in the river to bathe make for a festival experience far more comfortable and luxurious than the typical British weekender.

Although there was some distrust in this year’s line-up, I didn’t have any issue finding bands I loved to watch and I enjoyed discovering some new ones. The highlights this year were Mad Caddies, Authority Zero and Voodoo Glow Skulls, all of whom had me dancing out of my flip flops.

Down on The Beach Stage alongside many pina coladas (this year’s drink of choice – I think they outstripped the melon ball) I had the pleasure of catching Almeida’s last show with Barry (a serious celebration), a stage invasion for Adrenalized and the wonder that is One Hidden Frame.

This year’s line-up is any skatepunk’s wet dream, with the likes of Propagandhi, NOFX and Descendents. Alongside that there’s some serious treats on The Beach Stage – keep an eye out for Goodbye Blue Monday, Custody, Jake & The Jellyfish, Call Me Malcolm and Captain Trips. It’s my favourite week away.

KNRD Fest was quite a revelation. Looking back on it, I remember being ensconced in a glade of verdant trees, entertained by top quality skate-punk bands and inebriated at all times.

KNRD operates on a pay-what-you-want basis, where you’re encouraged to donate to the festival but you’re not obliged to pay a set ticket fee. Arriving to this secret party in the Bavarian woods felt like arriving home, despite this being my first year there. The event had a real private party vibe, although it was graced with big names like A Wilhelm Scream and After The Fall.

It was a real pleasure seeing bands I love play to a huge, enthusiastic audience, particularly, Fair Do’s, The Affect Heuristic, Money Left To Burn and Forever Unclean. I was also a pleasure getting utterly sloshed on the crystal clear, chemical-free Bavarian lager, although I’ll be the first to admit that there’s a few bits of the festival I’ve completely forgotten! I would highly recommend KNRD Fest to anyone – it’s like a private punk rock party where everyone you meet instantly becomes your best friend. I can’t wait for 2019 there!

Check out my full review here.

It’s probably going to surprise a few people that this is only in second place and it’s well known this is my favourite festival in the world, ever. That hasn’t changed, I just had an overwhelmingly good time at #1 this year.

2018 was a big one for MPF. They pulled out all the stops by booking Propa-fucking-gandhi, Iron Chic, Lightyear heaps of other utterly fucking stunning acts. Watching Prop play to a sold out room with a queue round the corner felt like watching history in the making. That said, I think the biggest queue I saw all weekend was outside the 150 cap Zombie Shack after party, where Blowasis (now Chunderwall?) were about to bust a guitar amp and spend 15 awkward minutes trying to fix it.

Other highlights included doing The Worst Crowdsurf Of My Life during Pizzatramp’s 1am set, watching Beat The Red Light make a comeback, seeing Darko slay the mainstage, Ducking Punches making a ruckus on Thursday, Lightyear’s human tombola, Waterweed winning our hearts, the after-after-after party and and street-drinking at 4am with Darko because they weren’t allowed in the bar wearing shorts.

You can check our my Top 10 Best Moments of MPF here.

For years I’ve looked at the line-up for Book Yer Ane Fest and thought, “Yeah, I should definitely go to that.” It’s so far away though! Well, it’s not that far away and it is definitely worth the trip. This was my first year heading north and I wish I’d gone sooner.

Book Yer Ane Fest takes place at the beginning of December on the East coast of Scotland so, you know, it’s hardly your normally sunshine-and-tents approach to music festivals. I was lucky enough to find a pal’s floor to crash on for a bitterly cold weekend in Dundee, and I can honestly say I had the time of my life.

So, what put Book Yer Ane Fest in the top slot? Well, there’s a few factors:

In short, I could not fault Book Yer Ane Fest.

The biggest factor here, though, was the community. Arriving at Book Yer Ane Fest I knew hardly anyone – I was friends with a couple of the bands and a couple of locals but I was a bit out of my comfort zone l. On the other hand, everyone at the festival seemed to know each other. Rather than being cliquey, by the end of the weekend I felt like I’d chatted to and made friends with a hundred new people. No one was too wrecked, everyone was going to see as many bands as they could and everyone was actively looking to make friends. I’ve never felt so embraced by a foreign scene; it was something special.

I would strongly recommend Book Yer Ane Fest to anyone with an interest in punk rock in the UK or further afield. You will see some bands you love and discover some new favourites. I think we all ought to keep an eye on the Scottish scene in 2019, it’s bound for greatness.

Who were your favourite live bands this year?

While you’re here, check out our other 2018 Round Up Articles: