The Run Up’s latest EP is earnest, sincere melodic punk from a band who’ve found their sound. FFO: The Gaslight Anthem, Off With Their Heads, Iron Chic, The Menzingers 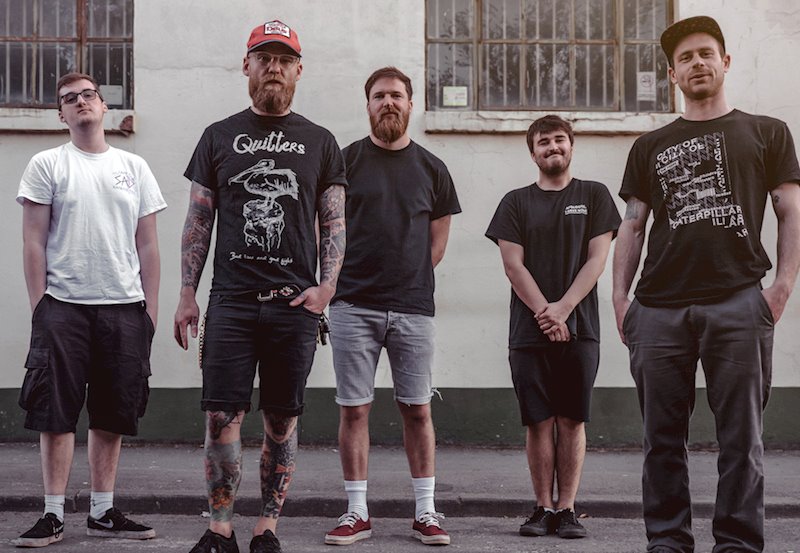 On first listen the new EP Good Friends, Bad Luck washes over you like a sea of whiskey and ginger ale. It is sharp and sweet, it has a kick to it and you have to say it makes you feel good. Sure, you can sense underlying problems lurking and there may be emotional hell to pay later, but for now you’re feeling feelings, and most of them are pretty damn good.

The band are tight. Riffs and drum fills flow out of your speakers with such a natural cohesion that it feels like The Run Up are a five piece hive mind. They seem to anticipate each other’s musical quirks and if you told me these songs were the work of one obsessive genius and not five dudes from Bristol I’d believe you.

There’s a certain confidence in yourself and your bandmates that gets expressed when you have an opening instrumental song on a release. These type of songs come about when a band has found its groove. They have found their sound, they trust each other and they believe in the release enough to present it as a complete piece of art. It’s a subtle but stubborn ‘fuck you’ to the casual, impatient listener and a stimulating appetiser to those who are ready to experience all five courses. END_OF_DOCUMENT_TOKEN_TO_BE_REPLACED

We talk to German melodic punks, Shoreline, about the Münster punk scene, what it’s like touring the UK and the release of their new record. 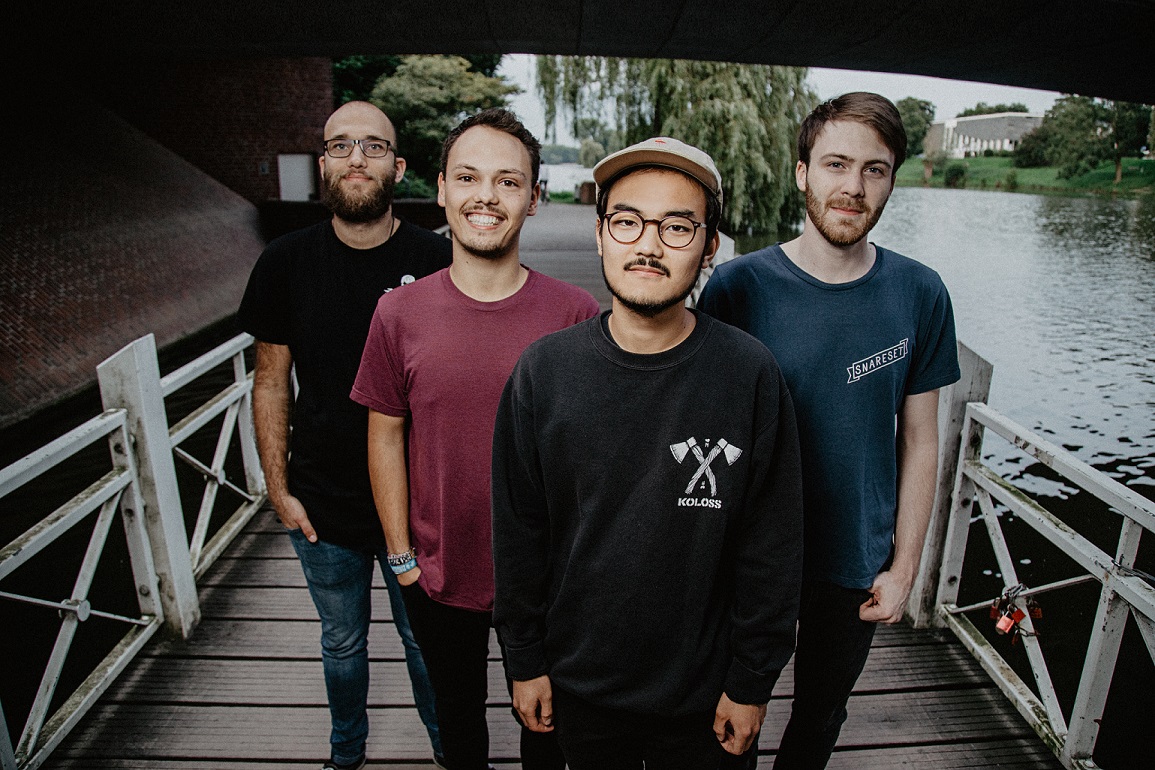 Shoreline are a melodic punk band from Münster, Germany. They are due to release their debut EP You Used To Be A Safe Place on 19th January 2018 via Uncle M Records. They’re celebrating by touring Germany with Great Collapse plus a stint in the UK, including dates in Manchester, London, Nottingham, Cardiff and Worcester.

I’m a huge fan of You Used To Be A Safe Place already. It will appeal to fans of angsty melodic indie-punk like The Menzingers and Gnarwolves although it’s got a gritty quality to it that only a smaller band can deliver. The current single Breakfast (at 5pm) is a memorable little tune with brighter guitars and a grittier vocal; it gives me flash-foward fantasties of jostling sweatily through a drunken crowd at The Fighting Cocks, singing along at the top of my lungs. The final track on the EP, Silent Friend, has future-anthem written all over it. It’s so close to Cavalcade-era Flatliners that I’ve struggled to stop listening to it.

I always think that a band travelling from the European mainland to tour the UK is a good sign – it’s not easy to get bookings, so they tend to know what they’re doing both musically and within the DIY scene. We spoke to singer/guitarist Hansol Seung about the Münster punk scene, the differences in touring the UK vs. Mainland Europe and their new release.

Hi Hansol! Thanks for taking the time to talk to us.

Hi Sarah! Thanks so much for having me.

Tell us a bit about the band. How did you get started?

We started the band in fall 2015. At first it was just Julius [guitar/vocals] and me [guitar/vocals]. I think we met through some weird Facebook students group, in a comment section about our music taste, where he’s listed some of my favourite bands. We eventually met at shows and became friends – that was around 2014, I think. We were always talking about starting a really fast-paced, melodic punk rock band, just like NOFX or The Flatliners.

We searched for a drummer for such a long time, it was mental. We finally found one in Martin, who was playing in his old band Words Ring True back then. To be honest, we’d known each other for quite a while! I even filled in on bass for them once or twice, but it took a while for us to ask him if he wanted to join us. He seemed really busy with Words Ring True and Julius and I were looking for someone who would dedicate as much time as we would, rather than seeing our band as sort of a side project. Turned out Martin was ready to do so and ever since then he has put so much effort into Shoreline that we’ve never ever questioned his dedication for this project.

Tobias, our bassist was the last one to join us. I knew him from university, since we shared a lot of the same lectures. He wasn´t too much into punk rock back then, but it came together nicely ever since the first rehearsal.

I’ve never been to Münster. What’s the punk scene like there?

The punk scene in Münster is awesome. There are so many bands and people creating things, promoters and people who dig this kind of music. Most of the bands of our genre know each other; we´re all friends really. A lot of the bands also tour a lot and get themselves out there. I think I have hung out with Michel from Hal Johnson in sweaty DIY Venues all over Europe. I´d say there are few cities in Germany or in Europe in general (that I personally know of) that have such a personal, close and flourishing punk scene like Münster has. We are really fortunate to be a part of it. END_OF_DOCUMENT_TOKEN_TO_BE_REPLACED