“We’re like a Tunnock’s tea-cake. We’re dead soft and squidgy on the top and round the middle, but we’re hardcore underneath.” 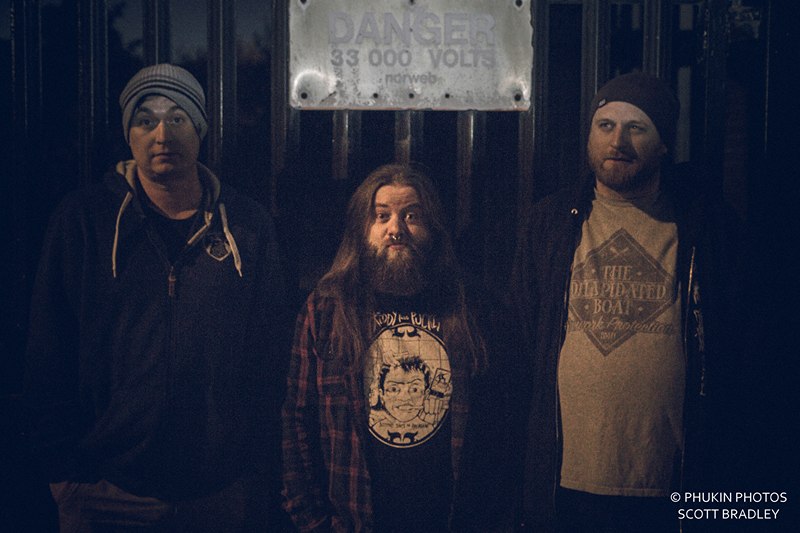 The Crash Mats are hands-down one of the most entertaining live acts I have ever seen. They’re a damn good band that blend elements of punk, ska and hardcore, but their real talent lies in 24-carat comedy.

They’ve recently put out their second album 69 Peruvian Panpipe Classics on Manchester DIY label Horn & Hoof. It’s a rollicking ride through 21 classic tunes, including: Don’t Tell Mum That The Babysitter’s Dead, I Don’t Want To Go To Grandma’s House Tonight and My Girlfriend Only Has 24 Hours To Live. It’s a genuine feel-good album, reflecting the gargantuan level of fun you are guaranteed at their live shows.

Interrogating three such distinguished gentlemen as these is a rare opportunity, so I jumped at the chance to interview Oldham’s finest shortly after their set at Wotsit Called Fest.

It turns out that Danny Barrett a.k.a. Evil Bazz (vocals + bass), Dan Royales a.k.a. Seniòr Royales (guitar) and Chris ‘da beat’ Webb (drums) are even more hilarious in person than they are on stage. Huddled in a corner of the dingy backroom of The Palace in Hastings, surrounded by punks loading in instruments and beer floating in buckets of half-melted ice, we had a deeply poignant and meaningful discussion. 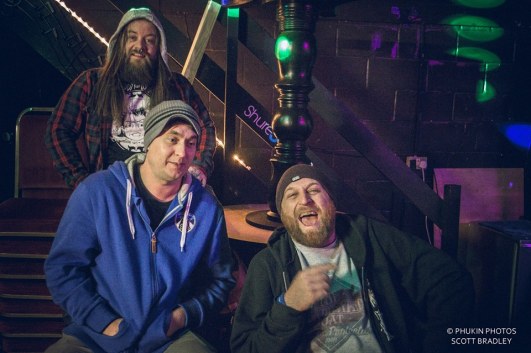 You’ve just come off stage at Wotsit Called Fest. You’re rock stars. How do you feel?

Have you considered learning the pan pipes?

END_OF_DOCUMENT_TOKEN_TO_BE_REPLACED

The Oldham trio have just released 28 minutes of irreverent ska/punk ‘n’ roll nonsense that captures all the energy and hilarity of their live shows. FFO: Snuff, Teenage Bottlerocket and having a good time.

The trio from Oldham have been around since 2008, and yet ‘maturity’ is the last word you’d use to describe this record. Their songs are short, snappy punk ditties and that can’t fail to plaster a grin on your face, covering such thought-provoking topics as The North, getting high and how your parents may react to finding a dead babysitter. If you’ve had the joy of catching The Crash Mats live before, you’ll know they’re unbelievably fast and fun. Before I saw them I’d never had the opportuntity to skank along to the Chucklevision theme tune and I am eternally grateful to them for that. 69 Peruvian Panpipe Classics take all of that energy and delivers it staight to your living room. 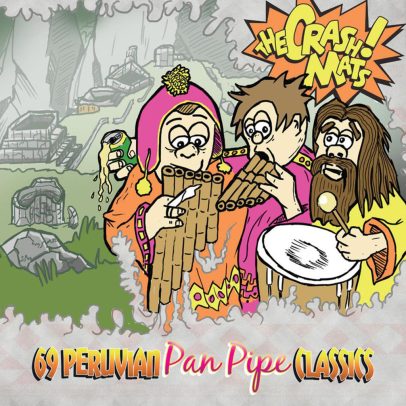 There is only one effective cure to Post-Festival Blues: make plans to do it all over again.

Are you a weak, bruised husk of your former self? Do you keep clambering onto stranger’s backs, trying to make a human pyramid? Do you have a sudden urge to eat salad? You may be suffering from Post-Festival Blues. 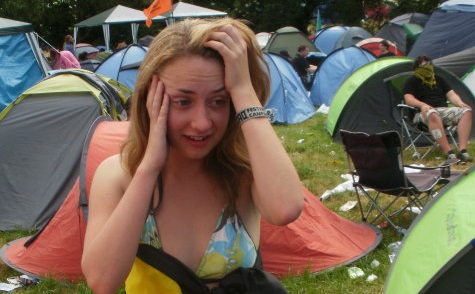