We talk to Laughing In The Face Of, one of the fastest, hardest-shredding bands in the UK, about how they’ve gotten faster as they’ve grown older, the challenges of self-recording and the joys of the punk rock scene.

Birmingham’s fastest skate-punks Laughing In The Face Of have teased us with two video singles so far this year. They’ve posted plenty about the recording and mixing of their new record, which will be their first since 2013’s The Governor.

As a long-established band on Shout Louder’s sister project Lockjaw Records, we wanted to give them some much deserved hype, and find out what they’ve been doing with the last 6 years. We interviewed Steve Lowry (vocals, guitar) and Jimmy Carroll (bass) to learn more.

Rumour has it that you’ve got a brand new album on the way! How long’s that been in the works?

Steve: That rumour might be true. Both writing and recording were a long process. With writing, we just did what we could without forcing it into a time frame. We wanted to make the best out of it. No filler, every song well-thought out, nothing we would feel even remotely disheartened by at the end. I mean, we all wanted to get it done, but realistically it was never gonna be a quick job. END_OF_DOCUMENT_TOKEN_TO_BE_REPLACED

We talk to Italian favourites Edward In Venice about their screaming fast mix of pop-punk, emo, and melodic hardcore. 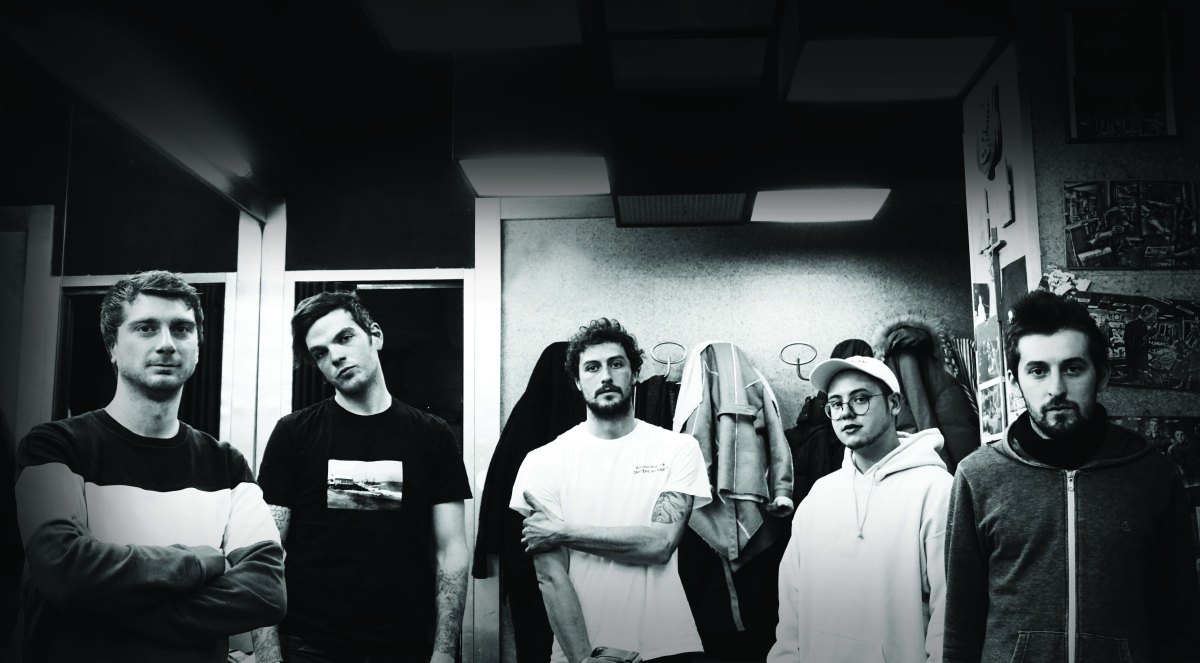 Edward In Venice are a screaming melodic hardcore band from Pesaro, Italy, with a strong penchant for pop-punk melodies and technical guitar work. In April 2019 they released a new EP Empathy on Lockjaw Records. Empathy is an intricate record, recorded with no deadline to allow full creative freedom.

I first caught Edward In Venice playing Manchester Punk Festival 2015, where I fell in love with their speed, their skill and their energy. Their Howler EP was one of my favourite punk rock releases that year, and I’ve been waiting for a follow up album since.

We spoke to Filippo Greganti about the new records, their inspiration and their future plans.

You’ve recently released a new 6-track EP Empathy. How does it feel to have it out in the world?

It’s out in the world? Really? Hah! It’s so motivating. A lot of our friends and fans were waiting for this EP and now finally they’re happy… Hopefully! END_OF_DOCUMENT_TOKEN_TO_BE_REPLACED

Tree’s laugh-out-loud funny account of Fair Do’s’ Japanese tour will make you feel like you were there. 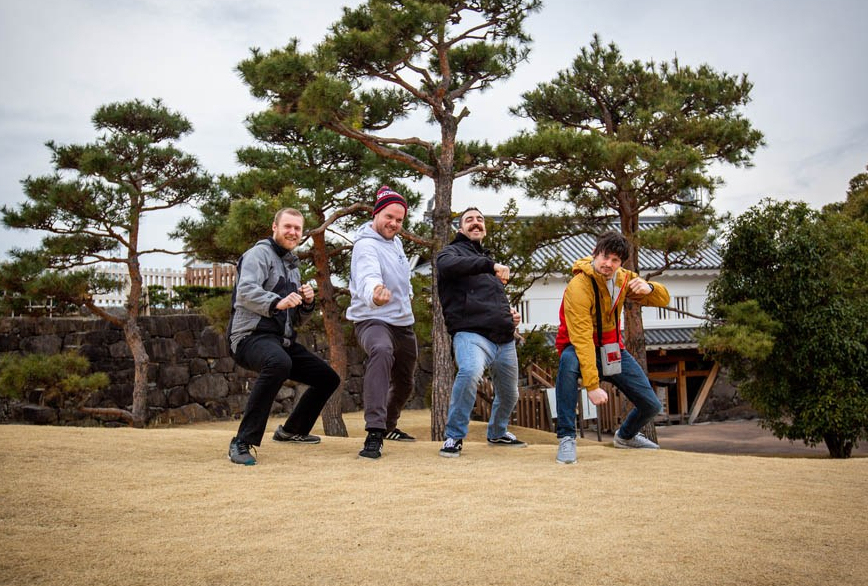 Tree’s Disclaimer: Fair Do’s have asked me to say that these are all my views and not from the mouth of anyone else!

Day 1: “My bass is more important than your merch”

Taxi picked us up at 04:45 to go to the airport. Leaving Bernie [my gorgeous girl] when she’s recovering from surgery is pretty heartbreaking. I kinda wish the tour was happening in a few more weeks. I’ve been so excited for the trip that I’ve just had to put everything to one side; before I know it I’ll be chilling with her at home.

I decided to starve myself of sleep as I’m not a big fan of flying. I prefer just to sleep through it. I find the whole process pretty suffocating and claustrophobic, I’m the kinda person that could’ve got through their entire life without flying and I wouldn’t have felt like I was missing out. English as fuck that, isn’t it?

Danny was getting panicked phone calls from Josh in the taxi about how his case is overweight by 0.5kg. Josh made it clear how important his bass was, I think he thought we’d just suggest leaving it so we could take merch instead (?). Sounds like a spliff would help the situation but we all know that’s out for a couple of weeks.

As soon as we took off from the runway, I could smell the nicest perfume I’ve ever smelt. It’s the kinda smell you get a whiff of and want to marry whoever is wearing it. END_OF_DOCUMENT_TOKEN_TO_BE_REPLACED

We speak to Dani about Main Line 10’s 13 year history, their influences and their plans for 2019. 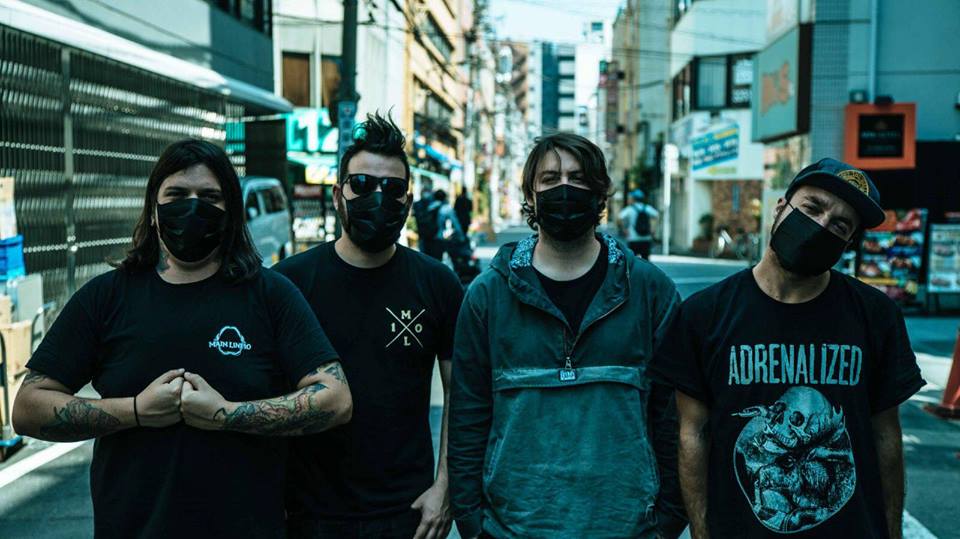 Main Line 10 deliver a whirlwind of positive melodic hardcore loaded with adrenaline. Originating from Palma de Mallorca, Spain, they’re one of the most exciting live acts Europe has to offer.  Their latest release The Fox featured on our Top 10 Punk Rock Albums of 2018, and they’re due an appearance at Manchester Punk Festival in April.

After falling madly in love with their latest record, we were keen to speak to drummer Dani Amengual about their 13 year history as a band, their latest release and their touring plans for 2019.

You’ve been together since 2005. How do you think you’ve grown as a band, and as people in that time?

I think we’ve grown well as a band and as people. We are the same as we were in the beginning with the same humor, same bad jokes and with a strong friendship between us… We’re fatter and have more hair in our faces but, in the end: the same. END_OF_DOCUMENT_TOKEN_TO_BE_REPLACED

Over the summer, Sarah got the opportunity to chat with two of the international fast-punk scene’s most stunningly melodic acts.

Firstly, at Brakrock Ecofest in Belgium, Sarah caught up with Étienne Dionne and Alexis Trépanier from Canadian technical masters Mute, a band who’ve been stunning audiences with their unrivalled guitar work for 20 years. As true legends of the tech scene they have a brilliant selection of tour tales to share with us.

Later, at Punk Rock Holiday, Sarah had a fun chat with Pekka Multaharju and Emil Stenbäck from One Hidden Frame: a brilliant melodic hardcore band from Lappeenranta in Finland and one of Shout Louder’s personal favourites.

One Hidden Frame have been going since 2002, however some of their best work has come in the form of their 2017 album Harmful Content and their recently released split EP with Thousand Oaks. We were absolutely delighted to get to chat to one another, and no doubt you’ll enjoy it too.

If you’re a fan on technical, interesting melodic hardcore, then you will love this podcast. Even if that’s not your bag musically, we’re sure you’ll love our chat.

These were the songs we played: 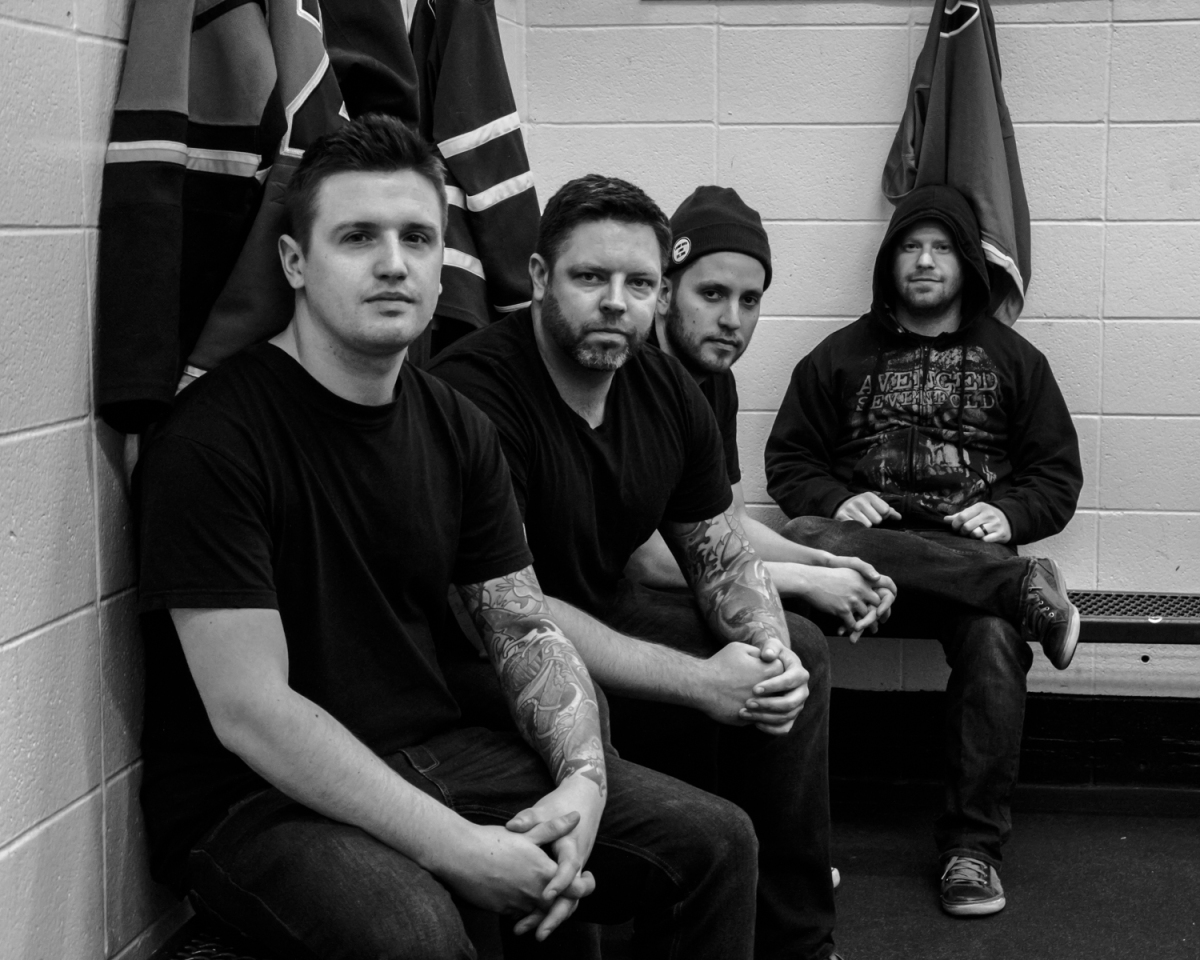 Hailing from Calgary, Alberta, Bring On The Storm are yet more fuel on the fire of Canada’s jealousy-inducing skatepunk/melodic hardcore scene. They’re planning to self-release their debut album Altruism later this year; it’s eight tracks of upbeat melodies and intricate guitars, taking cues from bands like Belvedere, Propagandhi and A Wilhelm Scream. Although there’s a clear mix of influences, Bring On The Storm put their own twist on the classic skate-punk sound: one with poppier melodies and a touch of classic rock.

We fell in love with Altruism, so we spoke to bassist Josh Wallace to learn more about the band.

Heya! How would you sum up Bring On The Storm for someone who’s just discovering you?

Hey Sarah, thanks for taking the time to chat with me! We play fast melodic skate punk with bleak song titles and uplifting messages.

You’re releasing your debut album Altruism on November 4th. Can you tell us a bit about the journey that has led you up to this release?

We’re currently an independent band so everything we do is very DIY. That makes self releasing an album a massive undertaking and we have been working day and night to try and make this release something special.

The album was recorded from March to April of this year and the last five months have been a whirlwind of planning. From getting the artwork and album layout finished, to putting together a pre-order package that we think people will be excited about, there is a huge amount of work that goes into it. But at the end of the day it’s super rewarding and we can’t wait to start showing off the new songs! END_OF_DOCUMENT_TOKEN_TO_BE_REPLACED

The latest Shout Louder podcast features none other than Nuno Pereira and Trevor Reilly from melodic hardcore legends A Wilhelm Scream!

Sarah caught up with the vocalist and guitarist at KNRD Fest, in the beautiful Bavarian woods. We shared a drink and talked a bit about the magic of the music festival, the charm of sweaty club shows and some of the staggering things that have happened to the band on tour over the years.

Hailing from New Bedford, Massechusets, A Wilhelm Scream are one of the most influential bands in modern melodic hardcore punk. Since 1999 they’ve been turning out high-octane, aggressive punk anthems, releasing some of the best albums of the last 20 years, proppelled by unrivalled live shows. We’re glad we were able to catch them and we hope you enjoy listening to the episode as much as we enjoyed recording it.

Apologies in advance for the phone noise in the second segment – if it’s really bugging you then skip on past it to part three.

If you’re interested in reading more, start with Sarah’s personal account of following AWS’ UK tour with Darko, then Sarah’s 13 Best Memories From KNRD Fest. We also interviewed AWS drummer Nick Angelini back in May.

We also play a sterling selection of fast-punk tunes: