We’ve teamed up with TNS Records, Lockjaw Records, Charlie’s Big Raygun Records and Less Talk, More Records to give away this huge bundle of vinyl, CDs and other goodies! 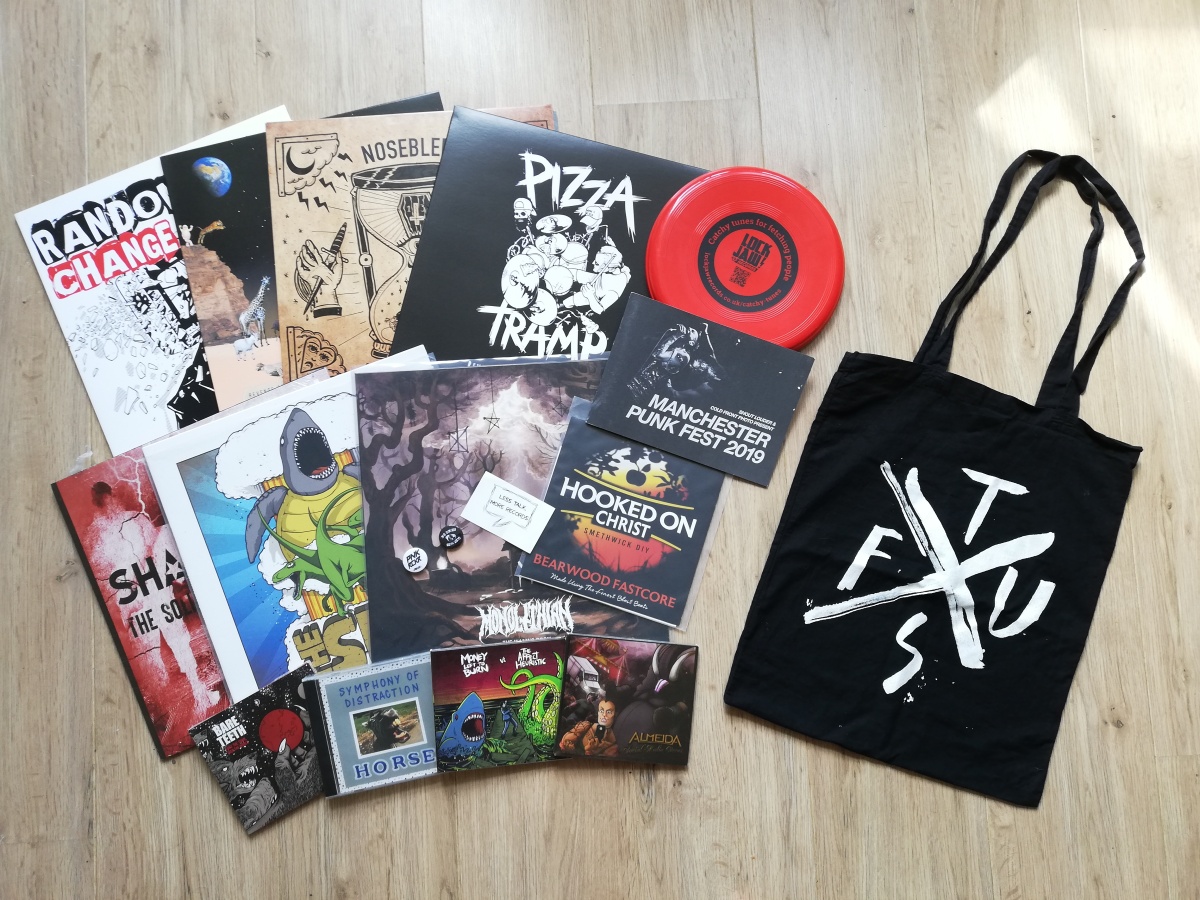 Here at Shout Louder, we try our hardest to champion independent record labels. They work hard to support small bands, with no expectation of financial return. Although we’re all for doing-it-yourself, small record labels are an essential cog in our musical machine.

To celebrate some of our favourite labels, we’ve teamed up with TNSRecords, Lockjaw Records, Charlie’s Big Raygun Records and Less Talk, More Records.

We’re offering you a one-off chance to win this huge bundle of vinyl, CDs and other assorted goodies.

To enter head over to our Instagram page. Find the competition post, follow the record label accounts and tag a friend. You have until midnight Saturday 6th October to enter, and we’ll choose a winner on Sunday 7th. END_OF_DOCUMENT_TOKEN_TO_BE_REPLACED

Bicoastal American skate-punk Symphony Of Distraction shed some light on their new album and their iconically bad artwork.

Symphony of Distraction are a skate-punk quartet from New York via California, who deal in songs that storm out of your speakers like a sugared-up Tasmanian devil. They’ll leave you dazed with a melody in your head for days.

The band have recently released their second full length album, Horse, on Less Talk, More Records and Interpunk. I talked with guitarist and vocalist Jay Stewart about the writing and recording of the album, that iconic artwork and we may have gotten into jazz piano a bit too…

Congrats on the new album Horse. Are you happy with how it turned out?

Thanks! Yes, we’re happy with how it turned out. We would not have released it until we had it in a place we were happy with. We don’t have any set deadlines or anything like that so we can take our time with it.

How did this one come together by comparison to Call It Off, John?

The biggest difference with how this one came together is that I live 3000 miles away from everyone else in the band now. On the previous albums, we lived relatively close to each other for the majority of the recording process so we could just work on it whenever we wanted. This time we did all of the tracking in Brooklyn over a couple of weeks or so. This mainly changed how Steve’s songs came together because he had to have his songs in a more completed state before we started recording.

What gear did you use this time?

We are not gear heads at all. We use whatever we have around. All of the bass on all 3 records was recorded on a $79 piece of shit bass I bought 10 years ago. We’ve used the same SM58 for the vocals on all 3 records that I’ve probably had for 15 years. It’s fun to try to get good sounds out of shitty equipment.

When mixing, I’ll revisit the SecondShot records I did with Ryan Greene since it gives me a really professional recording reference that I was the singer on. 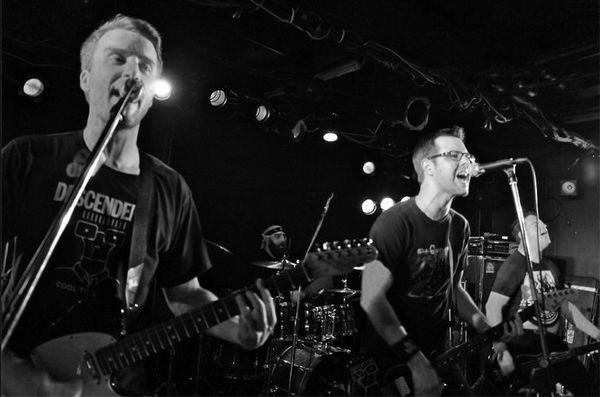 This album seems to have a little more experimentation in guitar sounds; I’m thinking of Once and Future and United Failure for example… was this a conscious decision or did it just come from messing around with pedals?

We use a lot of computer plugins for that kind of stuff. I’m not a good enough producer to know exactly what I want something to sound like when we’re recording so we do a lot of DI which allows me to mess around with sounds later. It also saves time during the tracking process. END_OF_DOCUMENT_TOKEN_TO_BE_REPLACED