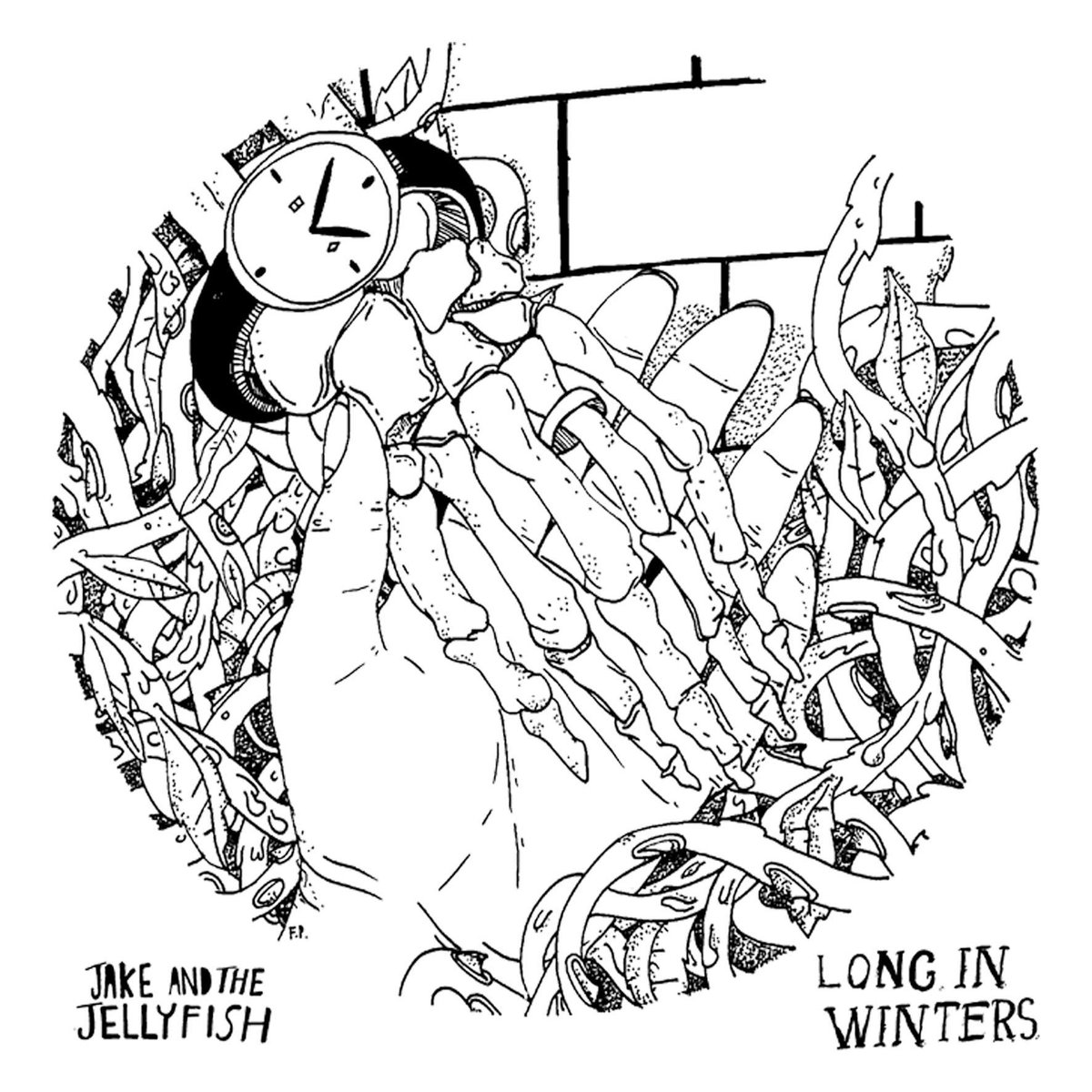 I was very excited to hear that Jake & The Jellyfish were releasing a new album. Their last full-length, Dead Weight, was a splendid slice of upbeat folk punk; each song they deliver is foot-tapping, head-nodding, sing-along perfection. They’re also a band that guarantee a raucous live show, which they successfully replicate in the energy of their recorded material.

Their new record Long In Winters is due out on January 26th, with a shiny green vinyl version coming from Invisible Llama Music. At the base of all the songs is a solid unplugged guy-and-guitar ethos that is given a more expansive sound by the full band and the crystal-clear big-room production. Jake & The Jellyfish clearly take influence from traditional folk and riotous bands like the Levellers, but they modernise the sound with poppier ‘whoa-oh’ harmonies and a consistently fast, stomping tempo. The combination of electric guitar, fiddle, plaintive singing and relatable lyrics is irresistable.

The album kicks into action with bright electro-acoustic strumming on the opener Spokesdog. From the first bars we are introduced to Jake McAllister’s witty way with words and gritty, infectious vocal style. The song is uplifting with a sense of urgency behind it: performed solo-acoustic it could be a tearjerker, but instead it floods your stereo with emotive force, not dissimilar to the rousing feel Ducking Punches achieve with a full-band.

Second track, Reading List is more of a singalong opus, with an appealing little fiddle line woven into the mix. The words, “I need background noise so I can sleep, just turn on the radio and leave me be,” is an an ingeniously mundane statement. It’s aptly phrased insights like that which grant Jake & The Jellyfish such mass appeal. Similarly the opening lines to Graveyard (“We used to drink in the graveyard in town…”) encapsulate the experiences of every British teenager with enchanting simplicity. Graveyard is an uptempo stomper of a song, guaranteed to get you dancing whether it be in your bedroom, at your office desk or in sweaty basement venues around the country. END_OF_DOCUMENT_TOKEN_TO_BE_REPLACED