Pat from Australia’s best skate-punk exports The Decline shares his memories of gigging, in jokes, and on-the-road antics.

The Decline are a high-energy straight up skate-punk band from Perth, Australia. Unfortunately, their UK/Euro tour has been scrapped to due to whole pandemic malarkey, but we still had a chat with them about their past touring experiences.

They’ve recently released a rad album: Flash Gordon Ramsay Street on Pee Records (with international collab from Bird Attack, Disconnect Disconnect, Bells On, Cargo and Oxford Records). It fits right in the vein of Frenzal Rhomb, NoFX and Lagwagon. Questions were answered by guitarist / vocalist Pat, who first up said that they ‘love touring, drinking beers and playing legend of Zelda’.

It’s very hard to say! Maybe Punk Rock Holiday in Slovenia? Maybe South America with Much The Same and The Fullblast. Maybe Australia or Mexico with A Wilhelm Scream. It’s usually the people you’re touring with or the people you meet who make it the best, rather than the actual place… maybe the USA with MakeWar. END_OF_DOCUMENT_TOKEN_TO_BE_REPLACED

Leo Wallin, drummer of Forever Unclean, tell us about his best, worst and weirdest tour stories.

Leo Wallin is a well-known part of the Copenhagen punk rock crew: he’s drummed in Forever Unclean, Fabled Mind, Rebuke, Megafonzie, Kill The Rooster, Stars Burn Stripes… and probably a whole bunch of other bands we don’t know about!

Sarah asked him about his best, worst and weirdest tour experiences.

That is a tough one, and we have discussed it within the band so many times. But I’d probably say overall it was touring Australia for three weeks in 2018. Some of my dearest friends live there, and the Australian people in general are fucking awesome. The scene is also pretty rad and the standards of the Oz bands are stellar… And then there is the climate, the sights, the beaches, the fauna. Whether you are playing shows or not, it’s really just a big old holiday paradise. END_OF_DOCUMENT_TOKEN_TO_BE_REPLACED

South London’s Lay It On The Line deliver ferocious melodic hardcore. We spoke to vocalist, Alice, to learn more.

South London’s Lay It On The Line are a brutally fast melodic hardcore quintet, adhering to the popular double-time skate-punk template but twinning it with frenetic, furious anger and a unique combination of male and female vocals.

We spoke to vocalist Alice to learn more about this ferocious band.

Hey! We really enjoyed The Black Museum – it’s heavy as hell! How would you sum up Lay It On The Line for someone who’s just discovering you?

Pretty simply really, we’re fast melodic hardcore. I think every member of the band is a fast punk rock fan so we probably couldn’t play it much differently if we tried! Dual vocals between myself and Mike gives an extra edge to the sound as, whilst we both sing and scream, we do it quite differently.

There’s also a little sprinkling of the occult in there too – Mike is influenced quite a lot by the Process Church of the Final Judgement in his writing and this comes across in a lot of his lyrics, as well as a few song and release titles. The title The Black Museum itself is a direct reference to one of the writings from The Process that talks about how we are obsessed with day to day life and luxuries, forgetting that humanity does a lot of damage to the world.

For me, the thing that sets Lay It On The Line apart from other bands is the combination of your vocals – how did that first come about? Do you think it’s harder writing for two vocals parts?

Mike first asked me to do some guest vocals on some old tracks and it just worked. It was quite organic and when we wrote together for the album it was actually really easy – our ideas just seemed to fit together and in the case of the first track (Level Up), myself and Mike actually found that we’d written about similar experiences without even consulting each other first. Maybe it was just luck, but the whole process was remarkably easy – we’re both pretty open to the other’s ideas and not afraid to say when we don’t like something so it came together very quickly. We only finished the lyrics and arrangements in a few hours the night before we recorded!

END_OF_DOCUMENT_TOKEN_TO_BE_REPLACED

It’s summer and most of the world has been burning to a crisp in the past few weeks, so what better time to dust off your skateboard, cruise over to your friend’s BBQ and listen to some punk rock, delivered courtesy of Nerdlinger and their new album Happy Place.

The Australian melodic skate punkers have covered a lot of ground both literally and figuratively since 2013 and it’s therefore no surprise that this album has both an energy and diversity to it that is damn refreshing in a genre that’s been going since the 90s.

A fairly standard 30 second intro song starts things off, followed by guitar playing and melodies in both Contagious and Can Yu Forgive Me? that will have fans of Blink-182 reminiscing on a time when Tom Delonge wasn’t off somewhere chasing space men.

The first four songs barrel past in under ten minutes and while there are the spicy riffs and drum fills associated with skate punk, there are also plenty of satisfying melodies that lean towards pop punk. The aforementioned Contagious is a prime example of an intro and verse that sizzle with intensity, before serving up a tasty chorus. END_OF_DOCUMENT_TOKEN_TO_BE_REPLACED

Shout Louder’s picks of the best short releases of the year.

It’s been an extremely strong year for releases in the world of punk. For the Shout Louder end of year round-up, I’ve decided to embrace the classic Top 5 format. Over the next few days you can enjoy all of the following:

First up are my Top 5 EPs of the year. This was a real struggle. As a cheaper and easier alternative to a full-length album, it seems to be the format of choice for many of the bands I favour at the moment. There were more EPs vying for the top spot this year than there were albums.

Just short of making the cut was Alaska Alaska’s Another Planet’s Hell. I have also listened to No Trigger’s Adult Braces a hell of a lot, however it’s mostly on the strength of one song – Dogs On Acid. I ought also mention On A Hiding To Nothing. They are one of my favourite live discoveries this year, and their EP Formaldehyde is stupidly fast, complex and awesome.

Incisions are a gutsy foursome from Manchester who create proper, noisy fast-punk full of swagger. It feels like they’ve taken a rowdy punk band and added a hard rock guitarist, driving the songs with irresistible riffs and grooves. Jordan Lloyd’s coarse vocal and snappy fuck-off lyrics tie it all together, dripping with attitude and agression.

Absolutely zero fucks were given in the making of this record. Or, at least, that’s what the attitude in the lyrics convey. In reality it clearly takes a lot of talent to make an EP this good while making it seem effortless. I loved this the first second I heard it, and my only regret is not seeing it played live until November. Live or recorded, Quit Now has an undeniable power to make you to rock the fuck out. 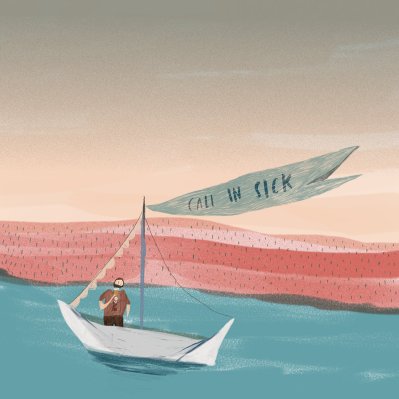 I have to thank Colin Clark’s impeccable music taste for this one. He recommended this band to me earlier in the year, shocked that they only had ~100 Facebook followers despite producing an incredible record. It’s five tracks of bouncy, fast acoustic folk-punk that’s pleasantly uplifting, in a similar vein to bands like Jake & The Jellyfish. Call In Sick has shed a bright beam of positivity on 2017 for me, and I want to share it with everyone.

Coming from Bristol, Toodles & The Hectic Pity produce quick, snappy and percussive punk ditties, overlaid with witty lyrics, delivered in a vocal style that cracks and strains and makes you want to sing along. My favourite song is by far the title track, hitting a real nerve with me with the words, “You shouldn’t have to work so hard to barely get you by.” The theme of the song in part gave me the confidence I needed to leave my job and change my life this year. Well done, Toodles, it’s an incredible record. END_OF_DOCUMENT_TOKEN_TO_BE_REPLACED

The intense and heartfelt third album from Italy’s Thanx 4 All The Shoes is a solid skate-punk/thrash offering. FFO: Propagandhi, Strung Out, NOFX.

Another Ride is the third album from Italian melodic hardcore outfit Thanx 4 All The Shoes, due to be released on November 25th on Disconnect Disconnect Records in the UK.

In their 11 years together, Thanx 4 All The Shoes have toured all over mainland Europe and Japan, building a reputation for their technical skill and thought-provoking lyrical messages. You can expect shades of melodic hardcore and thrash in the style of Propagandhi and Strung Out, however with a name like Thanx 4 All The Shoes I’m slightly gutted I’m not listening to a NOFX tribute band. Either way, I’m jumping in with gleefully expectant ears.

Opening track One Pen One Book instantly draws comparisons to Propagandhi, but I’m actually getting more of an 80’s thrash vibe from the quickly muted guitar attack and vocal approach. Think Anthrax and Megadeth if Chris Hannah wrote their newest tracks. It is a solid opening and a promising precursor to the rest of this album.

Title track Another Ride and it’s much of the same: fast and melodic with a twin guitar attack reminiscent of Propagandhi. What stands out most is the high-flying vocal harmonies and METAL AS HELL midsection where small guitar flourishes embellish another 80’s thrash thrill ride. This is what I want from this band: the sections where they truly let fly and break away from what’s ‘expected’ within standard modern hardcore are what set them apart. END_OF_DOCUMENT_TOKEN_TO_BE_REPLACED