Check out out top recommendatons for Dundee’s premiere punk festival.

Book Yer Ane Fest is a gem in the UK punk rock calendar. Over the years I’ve heard the name whispered, dropped into any conversation about the best punk festivals, but it’s shrouded in an air of mystery. Perhaps because of its wintry date (November 30th – December 2nd) or its ‘foreign’ location (taking place in the Scottish coastal town of Dundee), it’s sometimes overlooked on circuit English festival-goers follow.

I’m here to tell you the trip is more than worth it. Every year Book Yer Ane Fest has a stunning line up – an exceptional selection of the best DIY punk bands the UK has to offer, plus some choice selections from overseas, handpicked by the crew at Make-That-A-Take Records. They’re spread across two venues over three main days, with pre- and post-fest shows and a host of labels, zines and chartiable causes.

There are some absolutely incredible bands on the BYAF XII line-up, however we’ve picked out ten for you to check out.

N.B.: I’ve excluded a couple of my all-time favourites as they’re too ‘obvious’, but you should all clearly go and watch The Burnt Tapes, Forever Unclean, Roughneck Riot, Tim Loud and Uniforms, and all the other bands too!

Catchy, delightfully intelligent lyrics, with a rousing undercurrent of anger much needed in this brand of acoustic-led indie punk rock. From Edinburgh, Paper Rifles released a sterling album The State Of It All in March that is an instant love affair.

Having recently released Fears via Little Rocket Records, Irish alt-punk trio Lost Avenue have been touring heavily round. Their songs are powerful, driven and loaded with irresistable hooks.

END_OF_DOCUMENT_TOKEN_TO_BE_REPLACED

A ferocious night of electrifying hardcore, with Boak, Gets Worse and Leeched supporting. 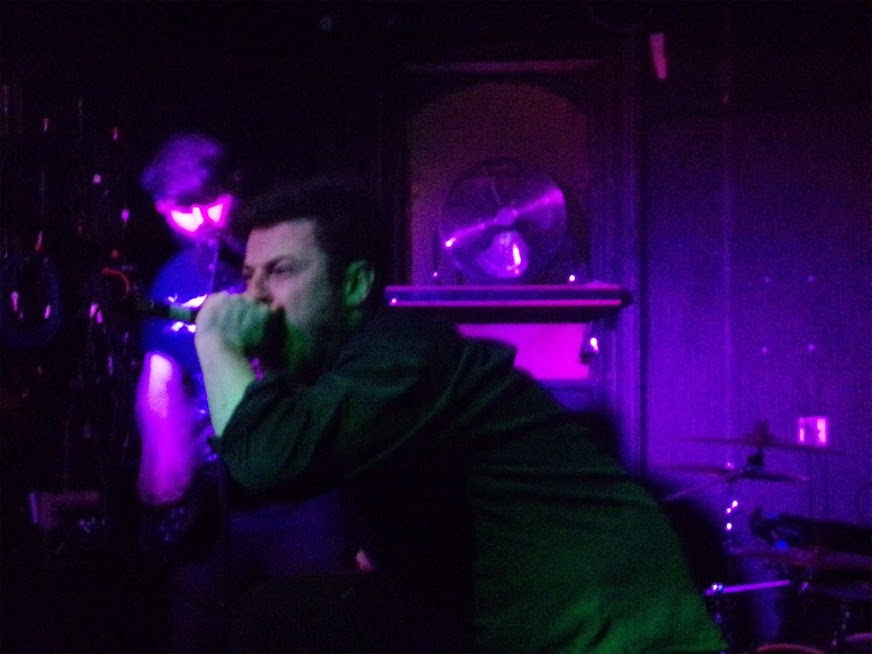 It’s a small miracle that I make it to Star & Garter at all. I’ve been plenty of times before but I’m walking from a different part of Manchester, so I consult Google Maps to see if there’s a quicker route. There is! Or, well, it looks like there is, until Google leads me down an alley that has more in common with a motorway siding than a footpath, all mud, brambles and metal railings, to somewhere that is definitely not the Star & Garter.

Fortunately, I do know where the venue is, so I navigate blind through Mancunian highways and make it to the pub just in time to hear the soundcheck. Doomy bass rumblings tumble down the staircase under a howled, guttural mic-check. It’s already sounding beautifully bleak. 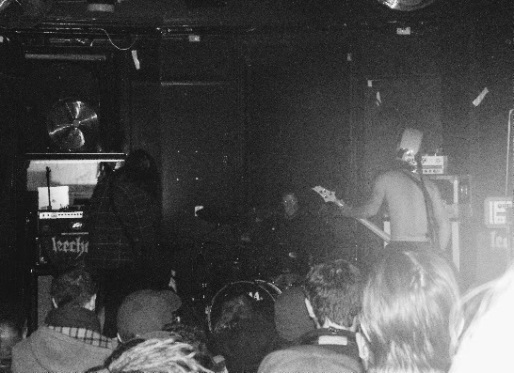 Local three-piece Leeched open with a surreal salvo of window-rattling noise and the guitars proceed to squeal with distortion between every song. They drop into an onslaught of progressive, hardcore darkness that the fairly sizeable crowd is already enjoying. I don’t understand a word the singer growls, which is typically a good sign. The drummer is delightfully terrifying, corpse-pale apart from his facial tattoos, playing cloaked in a black hoodie, slowly shouldering his way through a feral onslaught of blast beats. There is an angry cry of, “Why are you not moshing, people? Please mosh for the next one,” which turns out to be a surprisingly polite request from a punter spitting into the stolen mic. Leeched continue to trudge through a catalogue of crusty dark metal that’s low and heavy, ending on a drawn-out decrescendo of six-string distortion.

Gets Worse are up next, offering an assault of songs that are short, heavy and fist-in-the-gut ferocious. This heavy 4-piece from Leeds shake the room with supremely fast powerviolence sections, punctuated with low slow-motion mosh breaks that expertly build anticipation for the next attack. Above the patchwork of heavy metal shredding are caustically spat vocals. All members of the band contribute to this, but it’s the drummer somehow making time to tear words from his throat that offers the fiercest noise. They slide catastrophically into harder, heavier songs with a handful of quieter, bass-led pauses. The bleak crunch of distorted guitars primes the room both for soberly dressed, serious head-nodding and frantic elbow-smashing bursts of hardcore. END_OF_DOCUMENT_TOKEN_TO_BE_REPLACED