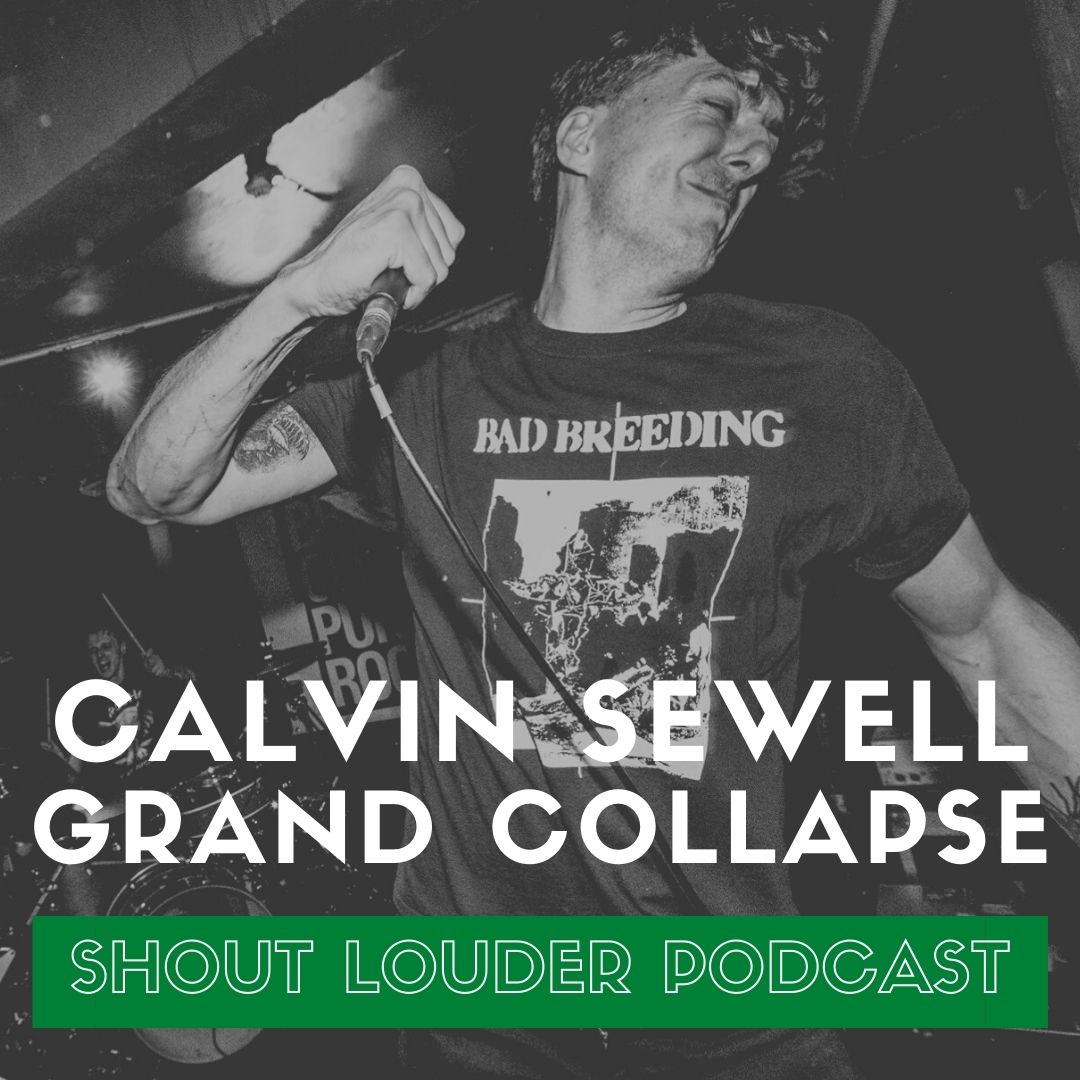 On the heels of their album release tour for Empty Plinths, Sarah catches up with Calvin Sewell, frontman of hardcore thrashers Grand Collapse. Hailed as one of the best hardcore band in the UK right now, we dedicated time to talking about Grand Collapse’s lyrics as an outlet for Calvin’s anger at the state of the world.

We discussed the politics and current affairs, including Sarah Everard’s murder, the petrol ‘shortage’, the Nation, the National Detective Program where the police asked neighbours or spy on one another, and migrant crossing and continuing refugee crises. We also touched on the toppling of Edward Colston’s statue that inspired the album title Empty Plinths.

Grand Collapse had also just finished their album release tour, so we also talked about DIY touring and whether the landscape’s changed after the pandemic and Brexit.

You can listen on Spotify, Apple Podcasts, Google Podcasts or wherever you like. You can even listen right here:

We played Panic Room, the first single from Grand Collapse’s new album Empty Plinths, which is out now on TNSrecords.

Enjoyed the podcast? You can now listen to the full Shout Louder Punk Podcast back catalogue on Spotify, including episodes with A Wilhelm Scream, The Menzingers and all your UK DIY punk rock favourites.

Cover photo by Hold My Pint.

Got to see @randomhanduk do their first show back yesterday and @undercoverfestival✋🕵️
NEW PODCAST 🎧 This is a round-up of the best new punk rock.
Old school podcast crew reunited! 🥳
NEW PODCAST 🚀 We talked politics and hardcore with Calvin from @grandcollapse.
I had a great time last weekend at Wotsit Called Fest 💀 Review incoming.
NEW INTERVIEW 🚐 We talked touring with Simon Walker from The SeaBin Podcast, Rash Decision and Monolithian.
Where did human pyramids first start? 🤸 A lot of people have asked me recently ...
What's your favourite low-budget music video? 🎥