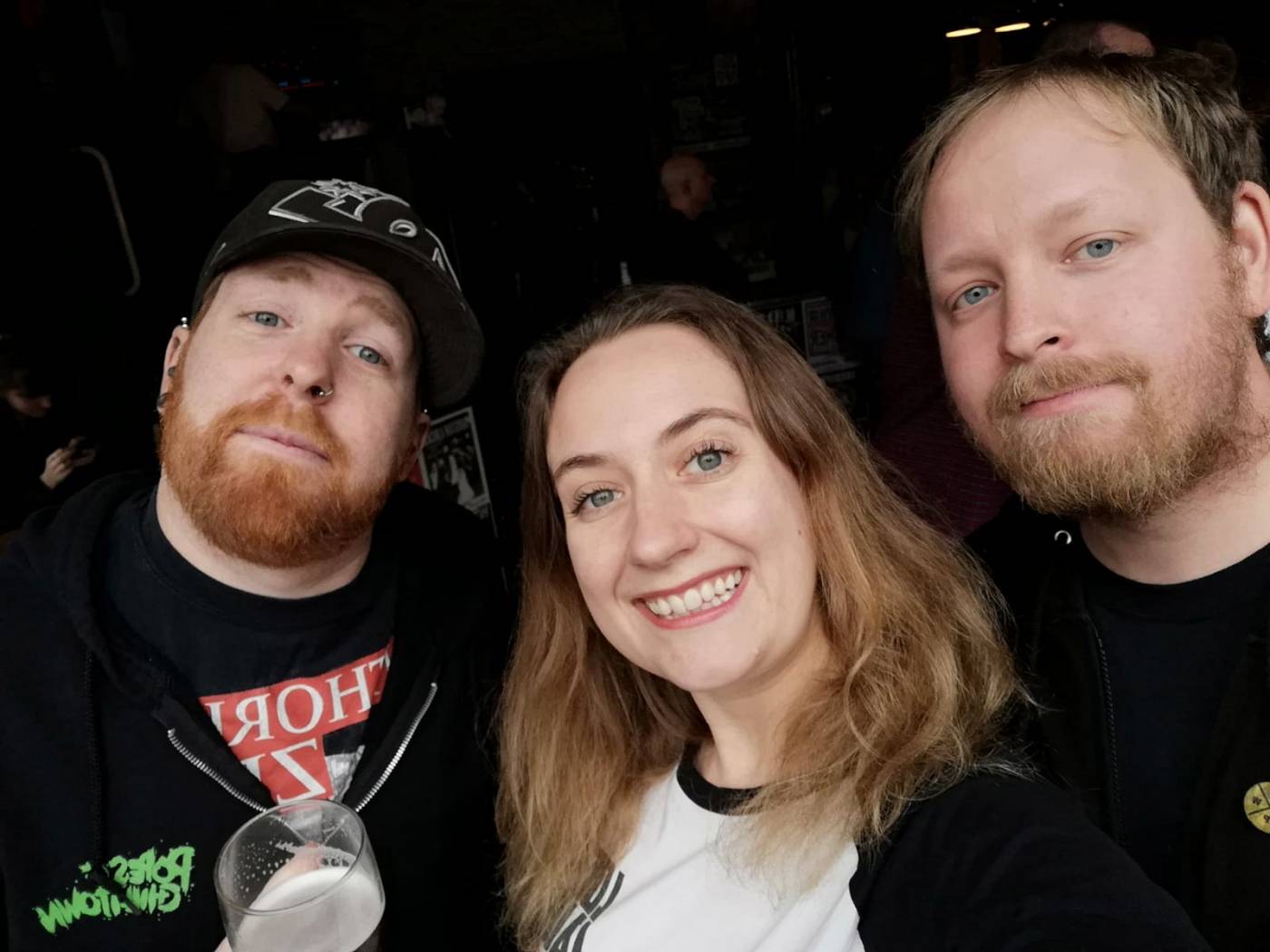 Thank you to everyone who attended Do It Together Fest. In collaboration with Paul Smith (Be Sharp Promotions) and Colin Clark (Colin’s Punk Rock World), we’d hoped to put together an event that celebrated the punk rock community, and what we achieved exceeded my expectations completed.

Firstly I’d like to announce that we raised a grand total of £880.72 for Mind! Thank you to everyone who donated, played our punk rock tombola or scoffed OGGS kindly donated cakes. Thanks also to every single person who attended, all the bands who played and everyone who lent a hand: you could truly feel the power of our community over the weekend, and every single person was a part of that.

One of the great pleasures of having your own website (where you can do whatever the fuck you want), is that you can capture memories of events to look back on later, no matter how self-indulgent that may be. With that intention, here are a few snapshot highlights from Do It Together Fest:

I am incredibly thankful to everyone who attended, all the bands who played and all the people who wished us well. The event wasn’t about us (the promoters) or about the acts who played, it was about all the people in the room and the positive environment we created together.

I’d like to give particularly big thanks to my two promoters pals, Paul and Colin, as I couldn’t ask for two better people to work with. We’ve been agreeable, easy-going and coordinated, even when we’ve been busy with other work. What a great team.

Should we Do It Together again next year?

One thought on “Memories & Highlights from Do It Together Fest 2020”

LINK IN BIO 🔗 I'm relaunching Shout Louder and I'm doing things differently.
Our podcast is now on #Spotify!
Do you think it's time? Tree from @mcrpunkfest sent me this last week and it's been playing on my mind.
Mark Bartlett from @iniit_records_uk has picked the perfect holiday reading 🌴
Happy birthday to @andy_tnsrecords - one of the people who glues of Manchester punk crew together 🎉
So good to be back at @deafinstitute after fears it was closing. Had a top time last night with Hannah and Mof from @wildernessrecs on the decks.
Recommended reading: this is a top collection of poetry. Martin is working hard at @scumbag.press to print interesting small works, always independent and always DIY. #readmorezines
Loving the new @mcrpunkfest Helping Hands tee. I bloody love @danflanagandesign designs and this has to be one of my faves.