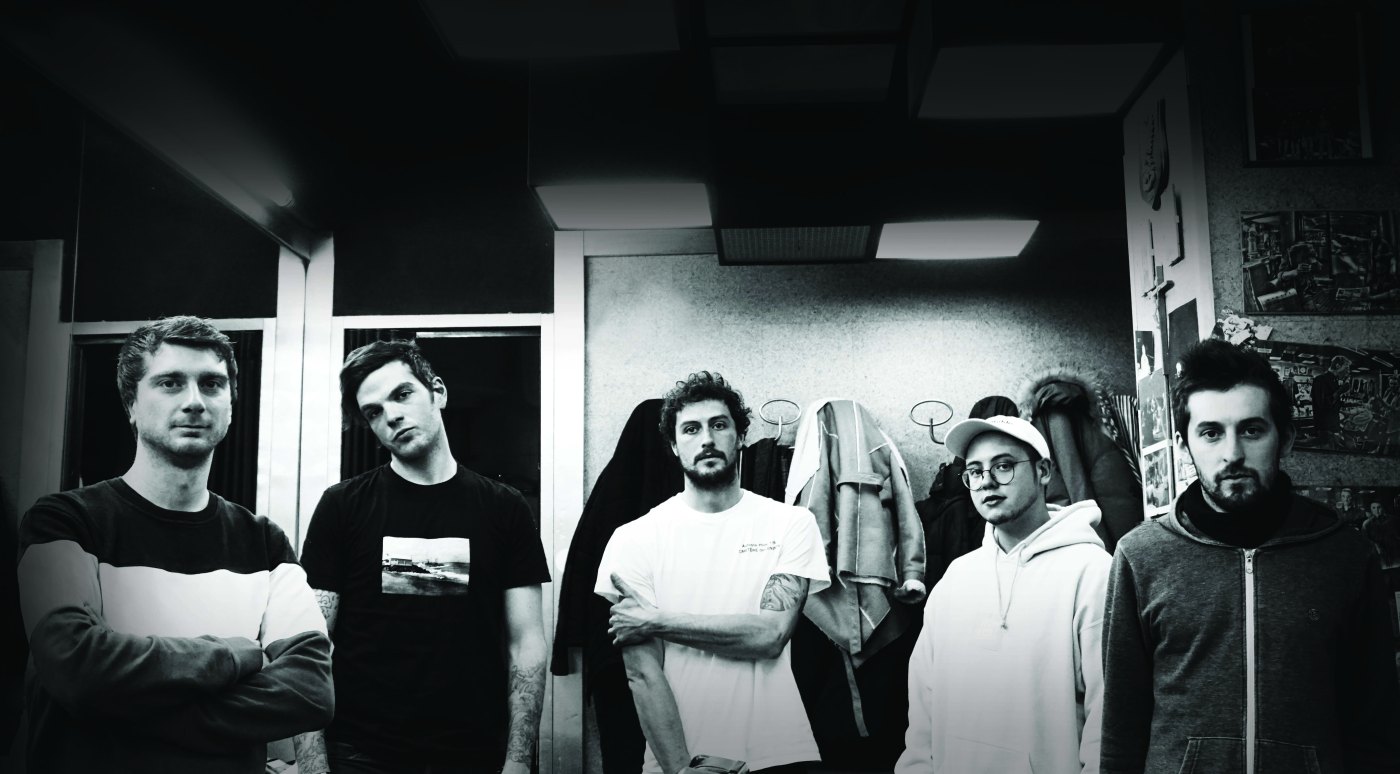 Edward In Venice are a screaming melodic hardcore band from Pesaro, Italy, with a strong penchant for pop-punk melodies and technical guitar work. In April 2019 they released a new EP Empathy on Lockjaw Records. Empathy is an intricate record, recorded with no deadline to allow full creative freedom.

I first caught Edward In Venice playing Manchester Punk Festival 2015, where I fell in love with their speed, their skill and their energy. Their Howler EP was one of my favourite punk rock releases that year, and I’ve been waiting for a follow up album since.

We spoke to Filippo Greganti about the new records, their inspiration and their future plans.

You’ve recently released a new 6-track EP Empathy. How does it feel to have it out in the world?

It’s out in the world? Really? Hah! It’s so motivating. A lot of our friends and fans were waiting for this EP and now finally they’re happy… Hopefully!

This is the follow-up to Howler, which you released in 2015. When did you first start work on Empathy?

You can hear that you’ve taken time in the composition and quality of the EP. Was there any aspect of it that was especially tricky to write or record?

We took more time to study every single part of the new songs: listening, listening and listening… Then we worked on it until we had the result we’d been searching for since the beginning. We really wanted to create a natural, easy flowing sound in every song.

It’s good when you have a good amount of songs, so you can decide which of them to record and which to not.

How do you feel Empathy differs from Howler?

Generally not too much. We only have a new guitarist who is not singing as the old one  was. We also took a less melodic direction on vocals, because the whole sound is more aggressive and songs are so much more dynamic.

The artwork for Empathy is a subtle mix of pinks, with an outline drawing of a house. Why did you decide to use such a minimal style, and what does the house represent?

That house represent our band family and every single window in the front represents one of us. We considered pink a really elegant colour for this occasion and for this name; the minimal style makes sense in the whole concept of our process of growth, under life and music profile.

I caught you live at Manchester Punk Festival a few years ago and you knocked me off my feet, but I’ve not had the opportunity to see you since then. Do you play live often, or do you consider yourselves to be more of a studio band?

We always tried to get out from our lands and go to play as far away as possible, ever since we started in 2011. In the first years it was much easier, but now everyone has a proper job and family (or partner) so it became a bit harder.  After all, we played at least one big fest and one tour [this year] anyway.

You’re based in Pesaro, Italy. What is the music scene like there, and how do you think it’s influenced you as a band?

Well, not that much, since it’s a really small Italian city. Between 2011-13 we we used to organise really cool punk rock and hardcore shows in our practice room. Always having new bands of friends around brought us a lot of inspiration and influence, as we were on tour.

Your sound is a medley of genres – ranging from technical, fast punk rock to the more melodic strains of pop-punk. How did this variety of genres come about?

It comes from our personal experience in music fields. When you just think that everyone of us started listening to great music towards the end of 90’s and going to the our first shows around 2003-05, you can understand where we learned the range of styles we play. Every one of us loves different shades of punk and hardcore.

What are your ambitions for Edward in Venice in future, both in the long and short term?

Nowadays we have four records out and, for the next 2-3 years we can just think about playing a lot, everywhere.

Pick up a copy of Edward In Venices latest EP Empathy from Lockjaw Records: lockjawrecords.co.uk/edward-in-venice-empathy/