Andrew ‘KOJI’ Shiraki is an American singer-songwriter know for his political activism, plaintive songwriting and his collaborations with bands like La Dispute, Into It Over It, Title Fight and Balance and Composure.

He’s embarking on an extensive tour of Europe in January and February, beignning with a run of UK dates with Such Gold and Ducking Punches before a series of headline solo shows on the mainland.

KOJI has been quiet over the last few years, after spending his 20s on the road. Rested and revitalised, he’s aiming to return to music with renewed energy in 2019. We were keen to speak to him ahead of his UK tour.

Thanks so much for talking to us! You’re embarking a major tour around Europe right now, sharing quite a few dates with Such Gold and Ducking Punches in the UK. What are you most excited for?

It’s been a long time since I’ve been over to the UK or toured anywhere for that matter. My one and only tour last year was with the Movielife in Japan and it’s awesome to now experience the culture here in the UK on the back of that experience. Such Gold and I toured here in 2011, so this is such a cool reunion.

You’ve been to the UK quite a few times before. What keeps bringing you back?

The UK music community is amazing. There are so many friends I’ve made here that continue to enrich my life. I’ve always felt inspired by the people, music, and landscape. When I’m in the UK, it really feels like I’m playing music and not just going through the motions. In life, you have to trust the places where you feel joy.

Do you have any creature comforts or habits that you rely on to help with the stress of touring?

We’re starting the tour in Glasgow and the morning of the show, I went to the gym and got in a long workout after an even longer couple days of travel. Staying active and eating well are so important so I can be present on and off stage. However, the key is to remember that the tour and music are gifts. That thought keeps me grounded.

Growing up is hard, no matter where you’re from. And I was lucky that music thrived in Pennsylvania and was there as a creative outlet for me when I needed it most. In PA, we made our own fun, supported each other, and did our best to make a positive impact along the way. When you make music about the right things, it will give back to you. 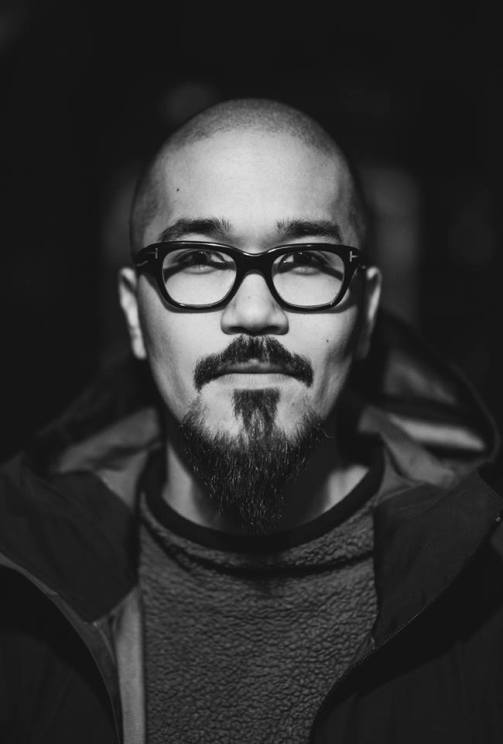 How do you feel your location has affected your music, either from your roots in Pennsylvania or your current home in Brooklyn?

In Pennsylvania, my earliest memories of punk shows included lots of run-ins with nazi skinheads. My punk and hardcore scene was not diverse, but as time went on you saw more people of marginalized identities represented. But that change did not feel fast enough. Even though music was my outlet, I still faced much of the same adversity there as I did outside of shows.

In NYC, I can see shows comprised totally of people/punks of color who are creating space for a dialogue that actually speaks to my experience. That was very liberating and healing for me. My time there has allowed me to return to music as a more whole person.

You’ve released a few singles since your last full album Crooked In My Mind in 2013. Do you have any fresh material on the way? If so, how does it differ from your previous releases?

All I can say is that there will be lots of new material in the next few years.

You also released a couple of well-known splits with La Dispute and Into It Over It. If you could collaborate with any other artist who would you go for, and why?

I’m very interested in collaborating with radical people. It’s never been about genre or status for me, but rather the energy between people. Right now, at this moment in time, it feels important to organize projects with people who share the same values.

You often use music as a tool for political activism; is there a particular message you’re hoping to convey through your new material?

There’s always a political message hidden in the songs. It’s not what everyone is looking for, but I think that the inner work we do individually and as a community is very important for advancing positive political change. Given the rising tide of fascism in the US, UK, and globally, we have to face ourselves and truly interrogate our values and intentions if we’re going to be able to fight back. I hope my music can help create space for presence and clarity, so we can better do the work.

Is it difficult to maintain a your activism while on an extensive tour?

In the past, I’ve held activist meet ups and community discussions alongside food, book, petition drives at my shows. On this European tour, I want to name the fact that touring abroad is a very carbon intensive activity. And in order to offset my environmental impact, I’m planting a tree with each record and merchandise sale. I think this is powerful because alone, one tree takes only so much carbon out of the air, but trees working together in a healthy ecosystem create exponential impact. I love the idea that everyone who supports this tour will be connected to each other in this way.

What are your intentions for 2019, musically?

What’s been your proudest moment as a musician, so far?

It’s not any one specific achievement, but rather the fact that I get to share the path with so many people who are making great art and creating positive change in their communities. With each positive thing we do, we amplify the positivity of those around us. And as bad as things can be in the news or on our streets, I’ve been feeling connected, and like we’re right on time.