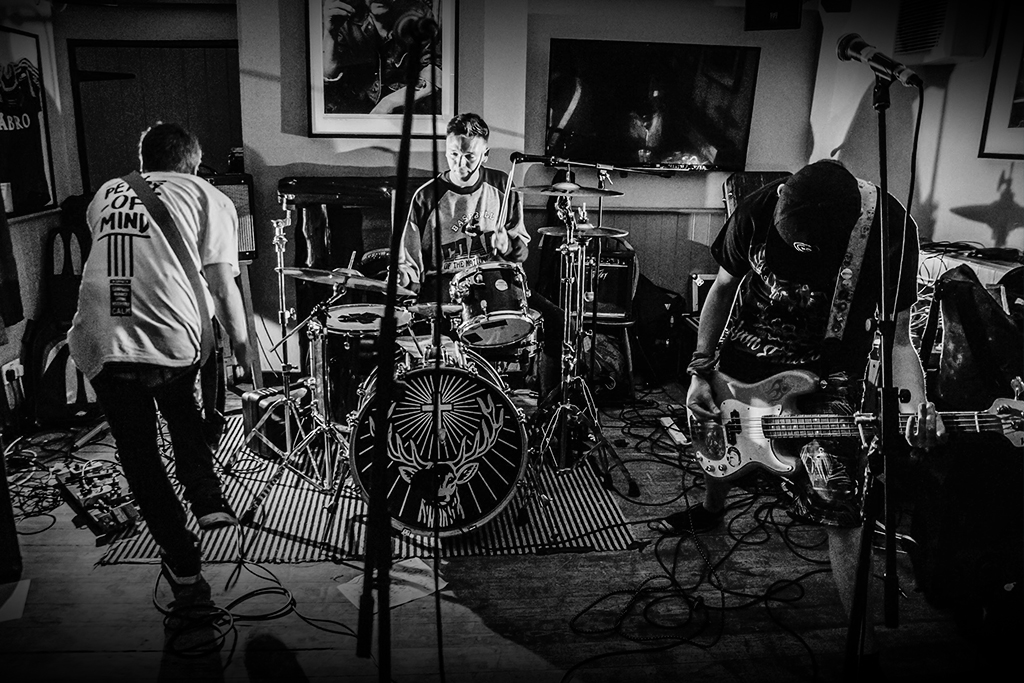 Fastfade are hard not to love. Taking influence from Frenzal Rhomb, MxPx, early Greenday and decent-era Blink 182, these three young Londoners are the edgy, exciting injection of energy that the UK skate-punk scene needs.

Walkie Talkie is the first single from their debut album Happy If You Aren’t, which will be released through Umlaut Records on Friday 14th December. They’re celebrating the release with a launch party supporting No Fun At All at London’s New Cross Inn on December 19th.

“Walkie Talkie is one of our slower but more hard hitting songs, proving that we don’t only play at 260bpm and sing about getting dumped or something,” said Fastfade about the single. “With this song we tried to show off a little bit of everything that we could do and to make something so catchy it sticks in your head and pisses you off a little.”

Formed in October 2015, Fastfade have come a long way from the early days of practicing in a cold garage in Enfield, although they’re still the sloppiest skatepunks in the scene. Their brand new 14 track album Happy If You Aren’t is a summary of the band they’ve evolved into, following two EPs: Side Effects and Simple Ideal. It’s produced by Shout Louder podcast host Mark Bell, and we’ve already fallen in love with it.

Keep up with the Fastfade latest on Facebook and Bandcamp.