Now in its second year, London’s Level Up Festival is proof that ska-punk certainly ain’t dead. Last year was a sold out skankstravanganza, but 2018’s line-up is even more exceptional, featuring the likes of Random Hand and Lightyear as headliners. In terms of DIY-level festivals, this by far the biggest and best ska-oriented event, taking place at New Cross Inn on July 20th – 22nd.

The event is an unusual collaboration between three promoters, bringing three distinct tastes to their bookings. Paul and Mike Smith who run Be Sharp are London based, with Paul spending his days as the Events Manager at the up-and-coming New Cross Inn. Chris Fishlock runs Bristol-based Fishlock Promotions, known for booking DIY all-dayers, including the well-known Fishstock event. Finally, Jason Berden brings his influence all the way from Belgium, where he also books the incredible El Topo Goes Loco Festival. We spoke to all of them, to get an in-depth insight into Level Up Festival.

Level Up festival is looking incredible this year! Tell us what we can expect.

Level Up festival is now in its second year. What’s the main lesson you learned from year one, and what’s different this year?

It’s the best ska-punk festival line-up in the country. How did you all first discover the genre, and who are your favourite all time acts?

Which bands are you personally most excited to see? 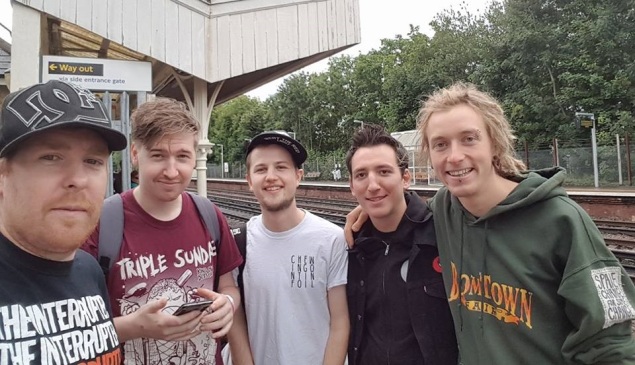 When did you first decide to collaborate on an event together?

It’s unusual (and brilliant) to see three promoters from different cities and countries working on the same event. How do you overcome the problems caused by the distance?

What’s the most rewarding aspect of putting on a festival?

Are there any other events that have inspired you, or which you aspire to be?

What do you each think is the key to a great music festival?

Is there anything you’ve learned from putting on events, that’s changed the way you attend events as a punter?

What are your future plans for Level Up Festival? What’s your dream line-up?

You all promote your own individual events. What else have you got going on this year?