Manchester’s melodic hardcore shredders, Fair Do’s, have just announced that they’ll be releasing their first full album Leopards on July 27th, through Lockjaw Records. I have been begging for this album since 2014 and I can’t believe it’s finally happening.

There are few bands that combine hardcore punk with metal in the way Fair Do’s manage to, and they back it up with a hard-earned technical prowess that makes them stand out from the crowd. They formed in 2009 and released an impressive EP Trying Times in 2014, going on to kill it on stage all over Europe, playing with the likes of A Wilhelm Scream, After The Fall, The Decline and H20, including major festivals like Punk Rock Holiday.

I caught up with vocalist/guitarist Danny Cummings and drummer John Holt over a pint, to learn about the hard work they’ve put into Leopards, their working-class sensibilities and why you might hear hints of Beyonce in Danny’s choruses.

You’re releasing a new album: Leopards! That’s exciting. What took you so long?

Quality is clearly a major focus for Fair Do’s – it has to be to produce something so wonderfully technical. How do you keep the bar set so high?

Do you argue with each other a lot, then?

You can tell you’re incredibly well practiced. You must have spent a lot of time with guitars in your bedrooms when you were 16.

One of the unique elements of your sound is that it’s a mix of punk and metal. You’re one of the only bands in the UK that’s really succeeded in that. What did you grow up listening to?

What kind of music are you listening to now?

There’s some catchy choruses on the new album, so it sounds like it’s working. There’s definitely a few songs that have gotten stuck in my head. 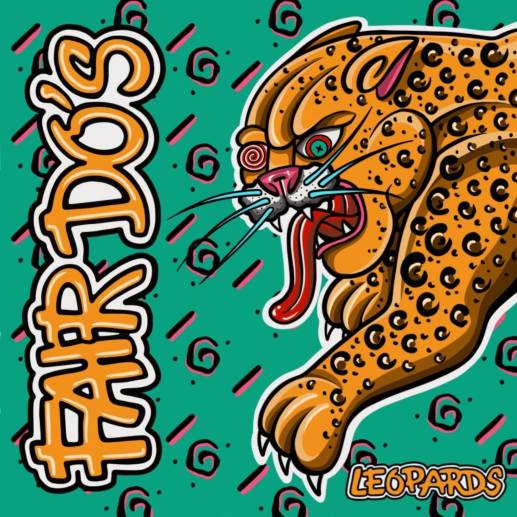 Where did the name Leopards come from?

You’ve got a lot of overtly political lyrics on the album – what were the origins of those?

It’s quite unusual to have the whole band writing lyrics, isn’t it? 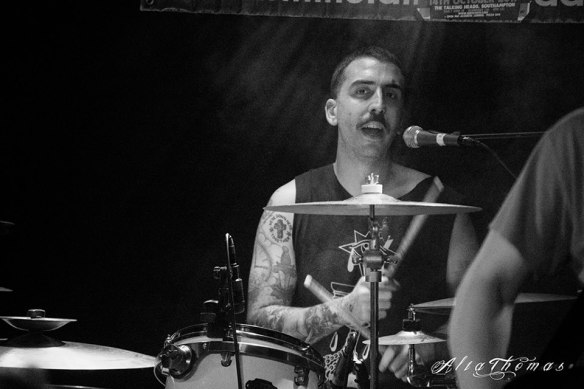 Which songs on the album are you most proud of?

I love that you’ve deliberately had to slow yourselves down.

Hanging is a killer tune. The intro is amazing.

The first single off the album is Closing In, which you’ve been teasing with a lot of photos you dressed fetchingly as foxes. Where did the fox idea come from?

You guys are a strong part of the Manchester punk scene, which plays into that working-class, industrial ethos… Do you feel Manchester’s had an influence your sound?

What are your future ambitions for the band?

Thanks to Danny and John for chatting to us! Leopards is available to pre-order on Digipack CD and 12’’ vinyl on the Lockjaw Records Webstore. The band’s first single off of the album, Closing In, shall be available for streaming and download from the 13th July.

You can also catch them on tour around Europe:

3 thoughts on “Fair Do’s: No One’s Going To Set Standards For You [Interview]”