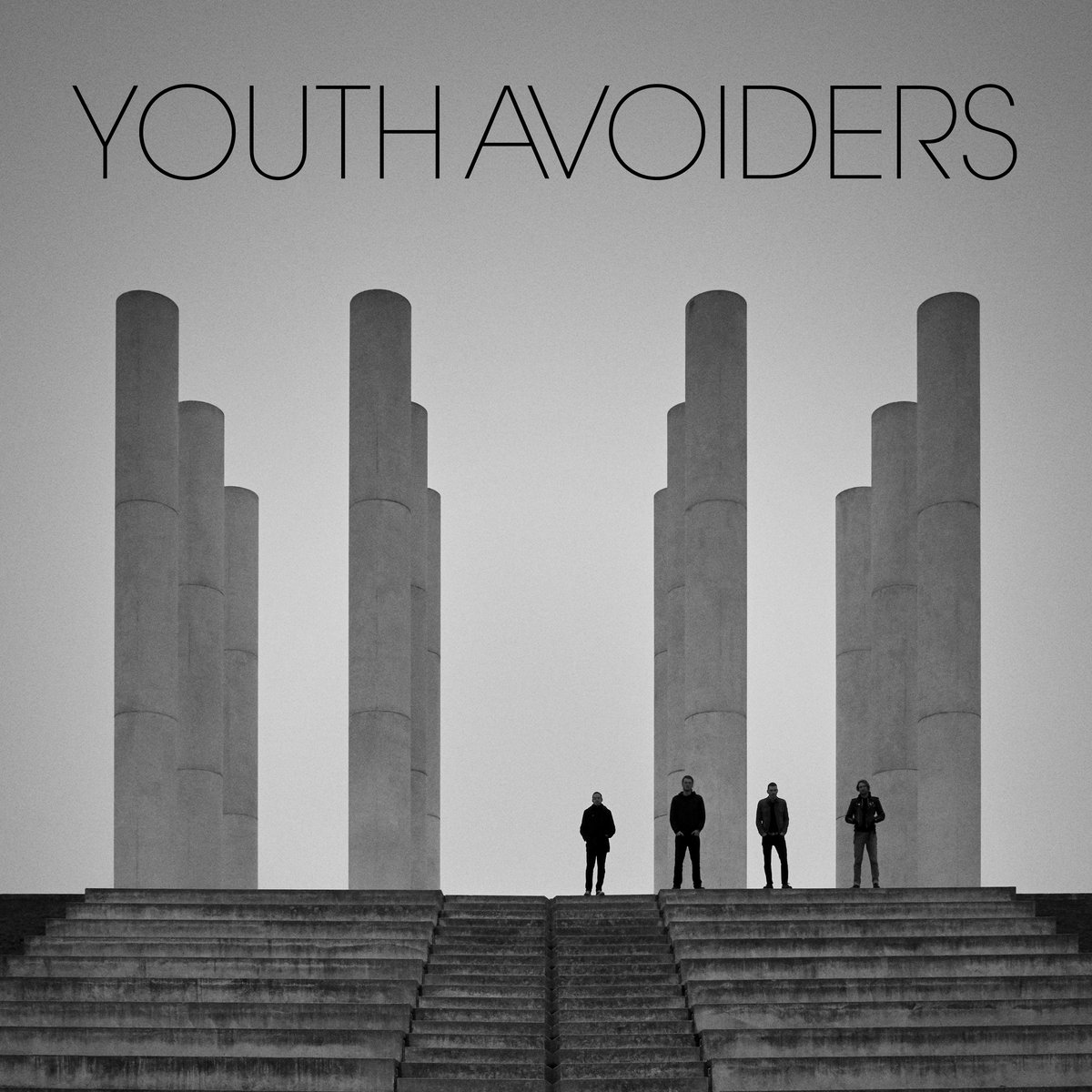 France may not be at the top of everyone’s list of punk rock nations. In fact, France probably doesn’t register on anyone this side of the channel’s lists as a music nation full stop. Aside from Joe Le Taxi by Vanessa Paradis… which was 30 odd years ago… I defy you to think of any internationally successful French musicians. It’s a tough task. Aside from some dodgy stoner rock bands and some actually pretty decent hip hop acts, it’s slim pickings on the music front for French bands in the UK. It’s good, therefore to see a Parisian punk band breaking down that barrier and crossing the water.

One of the first things you may think of when it comes to punk rock, apart from a relentless barrage of speed, is a wall of fuzzy guitars. This is where Youth Avoiders stand out from the word go. For the most part these guys keep the guitars almost completely clean, giving the songs a jangly, almost surfy edge which is extremely refreshing. Especially when coupled with their breakneck take on DC-style hardcore. Imagine the Dead Kennedys jamming with Minor Threat and you’re in the right ball park. Youth Avoiders trade an abrasive sound for something far punchier and it pays off in spades.

Musically this 11 track album sets out their agenda to get in, get the job done quickly and then fuck off again. They pretty much have one tempo: fast as fuck. Most tracks barely make it past the two minute mark, making it a brief but thrilling ride.

That said, there is little to differentiate between the tracks on the album as each passes, pretty much in a blur of thrashed guitar chords, hectic two-step drums and hoarse, barked vocals. There are moments of melody and, at times, it could even be called catchy but, as the album title suggests, it’s relentless. Let’s face it, there is plenty of other music out there if you’re after complex structures, layered harmonies and myriad time changes… and if you are then, boy are you on the wrong website right now!

Youth Avoiders strike the perfect balance: keep it short, keep it sweet. If the album were any longer it may run the risk of becoming a little samey but, as it stands, it’s like a perfect hit of potent espresso. It fires up the adrenaline, gets your head moving, makes you feel a little bit punchy then it’s done and it’s time to move on.

There is literally nothing about this release that won’t appeal to any punk fan… so pretty much any punk fan should check it out. If they don’t come over here, book yourselves a weekend break to Paris and take in the sights while you’re there.

Ed: Fortunately, Youth Avoiders will be coming to England for one epic show in Hastings on December 1st (here’s hoping for a tour…). They blew the minds of everyone in the room at a show in Manchester in January – they’re flawlessly tight and relentless, like Descendents dallying in D-beat. Get down to The Palace for this banger with Nosebleed, Rotten Foxes, Dead Neck, Last End, Unease and Haest.

Relentless is out now on Build Me A Bomb and Destructure Records. You can also download it from Youth Avoiders’ Bandcamp. Get on it.