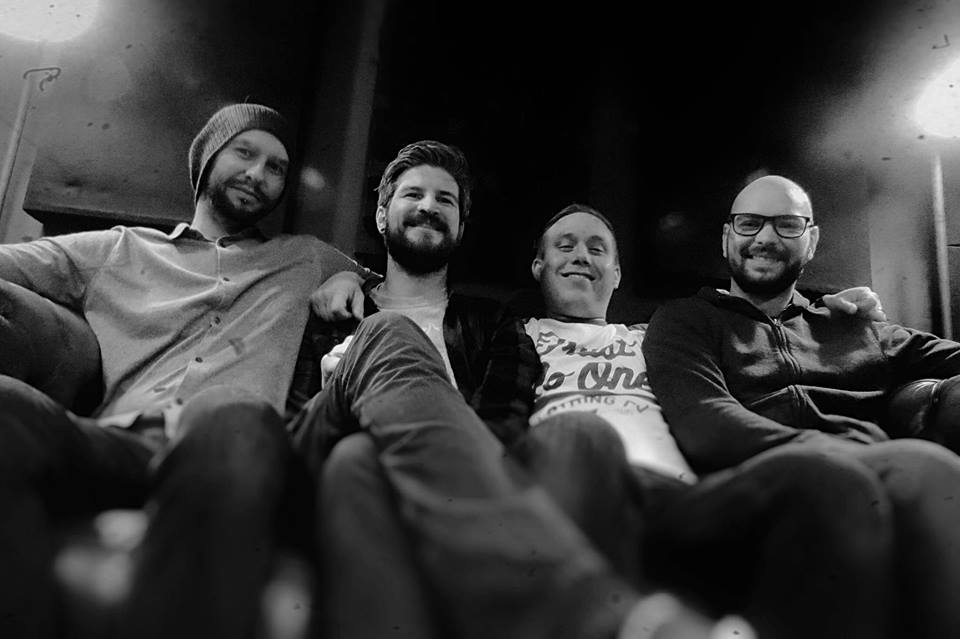 It’s all gone a bit MPF mad here at Shout Louder HQ. There are so many great bands that we don’t know where to begin! To help you make the most of the festival, we have spoken to a handful of the bands we’re most excited to see. Even if you’re not coming to MPF, there’s plenty to learn and enjoy.

We will be posting every day in the lead up to Manchester Punk Festival. Check out the full series here.

Keen Shout Louder readers will know that we’re massive fans of Fareham’s Captain Trips. They toe the line of seriously exciting skate-punk, they organise Punkle Fester and in their upcoming new EP they’re delving into an Iron Maiden-like melting pot of heavier, harder rock. If you like your hardcore melodic and if you like your covers to be 80’s power ballads then you will enjoy this band.

I was so excited to see them pop on the Manchester Punk Festival lineup that I had to speak to singer/guitarist Rich Mayor to learn more (and to wind up Manchester locals Fair Dos).

Why should people come check out your set at Manchester Punk Festival?

Well hello, Shout Louder, I trust you’re keeping well. That’s a great question, and if it’s ok with you I’d like to take a moment to speak directly with the people… Hi people, my name’s Rich Mayor from Captain Trips. We’re playing on the Thursday at Manchester Punk Festival. Please come and see us because we would really like it if you did.

Which bands are you most excited to see at the festival, and why?

The line-up is pretty incredibly stacked this year, but before I find out they all clash with each other I hope to see Propagandhi, because I called them headlining when chatting with Danny from Fair Do’s before the line-up was announced. He lied to my face and said they weren’t playing. And you think you know someone…

Anyway, Eat Defeat for the fun times, Wonk Unit because they are also much fun, Waterweed because that’ll be new fun, Darko for old fun, and Fair Do’s because it’s the only way I get to hear their new tunes. I thought we were pretty good at taking ages to get stuff recorded and out there but these guys are just… Incredible. Next level shit.

EDIT: I answered these questions prior to the running times were announced. However, I have minimal clashes the whole weekend, there must have been a large Tree-like guardian angel looking out for me. Also, we’re playing with Waterweed in Pompey the day before MPF. I stand by my comments about the Do’s.

Your influences seem to fall somewhere between Propagandhi and John Farnham. Are there a lot of different tastes in the band?

Yeah for sure. Lee and Phil like a lot of the more rocky side of punk, Andi was a massive metalhead before he saw the punk rock light and I solely listen to power ballads. We package all these styles up and pop them through the fast skate-punk wringer and deliver it to your door. Maybe we should have called ourselves John Gandhi. Or Propagarnham. Definitely Propagarnham.

Have you been to Manchester Punk Festival before? Do you have any survival tips/advice for us?

Yeah I went last year for the first time. Mate, it’s fucking amazing. As for tips, go see as many bands you’ve never heard of and sleep in as much as you can. Become borderline nocturnal. The days are packed and enjoyable and the nights are packeder and enjoyabler.

Manchester is known as the Rainy City, however whenever I see you you’re wearing sandals. Do you have a back-up shoe if your Havaianas get wet?

Haha! Flip flops are certainly my choice of footwear for all occasions and living in the South Coast I am fortunately bathed in glorious sunshine 365 days a year. Maybe I’ll put cocktail umbrellas between my toes or sutin. Unless you’ve got any recommendations? What I certainly will not be doing is taking advice from Josh from Fair Do’s. We’ve had a long-standing and frankly ugly spat over footwear since Punkle Fester. Seriously though, mock his shoes.

I’ve never had gravy on chips, which is apparently a sin in The North. What’s your preferred chip topping?

Ah mate chips and gravy is ace! I’m quite partial to the curry sauce sold at chip shops. Though the chips must be vinegary. When you think ‘ooh, that’s probably too much vinegar’ you have the correct amount of vinegar.

Completely agree with you there! If MPF was the olympics, which festival sport would you win gold in?

Probably gold in ‘first to want to have a bit of a sit down’. My back hurts after a while. I’m old innit.

What other big things are coming up for Captain Trips this year?

We’ve got a new record coming out soon which will have songs on it to listen to with your ears. We should also have new pretty merchandise and other wares to peddle. Aaaand we’re starting to put together the line-up for Punkle Fester 2 which taking a rather attractive shape. We’re going to try and put a tour together too, unfortunately we couldn’t hide in Darko or Almeida’s luggage for their Japanese jaunt. Spoilers of sports.

Manchester Trivia: What is your least favourite Oasis song and why?

I was a huge Oasis fan growing up but Be Here Now is probably my least favourite. It takes ages to go not very far. When it’s finally over I can never quite be sure if I’ve just heard a song or woken up from cryogenically frozen sleep. The world looks the same but… different.

At Manchester Punk Festival they are playing in Rebellion at 19:50 on Thursday – make sure you check them out! Consult the MPF Clashfinder for more details.

In the past, we have also interviewed all of these awesome MPF acts: Random Hand, Ducking Punches, Waterweed, Beat The Red Light, Stand Out Riot and Lucinda Livingstone of Kamikaze Girls.