Read our in-depth interview with Osaka’s Waterweed ahead of their UK tour this month. 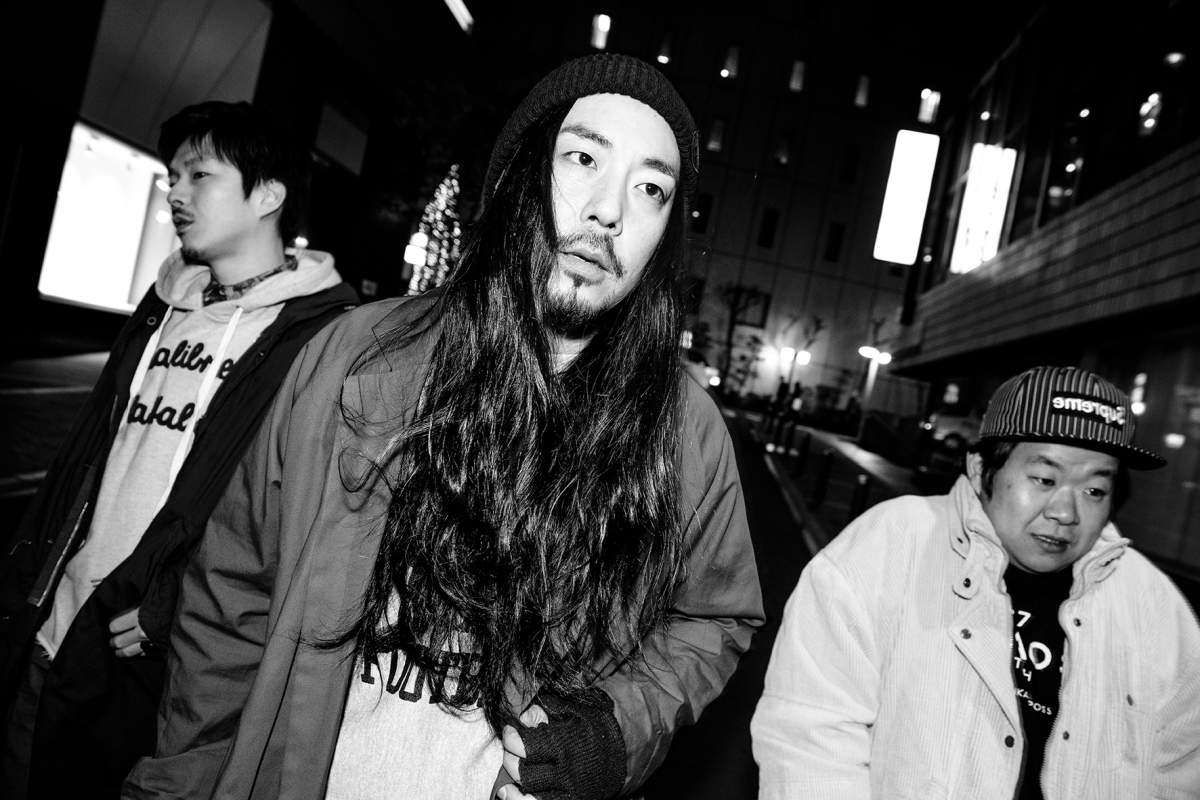 Japanese melodic hardcore heavyweights Waterweed have caused a ruckus in the UK punk scene lately. First, it was announced that they’d be making an appearance at Manchester Punk Festival. Then we heard that Lockjaw Records would be releasing their second album Brightest in the UK. Finally, a further flurry of exciting dates across the UK and mainland Europe have popped up.

Skate-punk fans may already be well aware of Waterweed, as a relatively big act in Japan, but as they’ve never visited Europe and never had a release here before, you can’t be blamed if you’ve not heard of them. We were keen to find out more about the band, the tour and the album, so we spoke to singer/bassist Tomohiro Ohga.

I am so excited to see you live at Manchester Punk Festival, and on your tour around the UK and mainland Europe! Is this your first time in the UK?

This is our first European tour. Outside of Japan, we have also toured in South Korea, Taiwan and Indonesia.

What part of the trip are you most excited about?

Everything, I think! The scenery, sounds and smells in Europe will be a new experience for me.  Looking forward to finding some new inspiration. 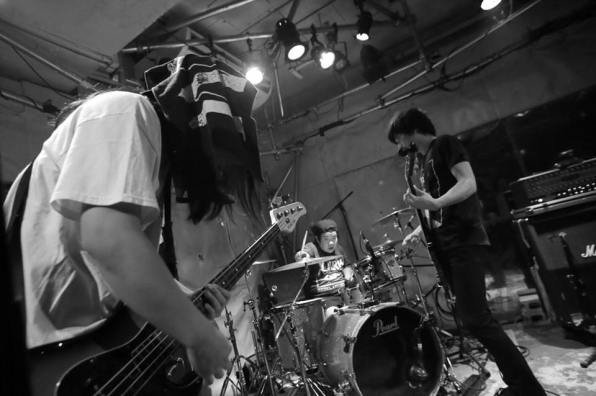 Which bands you are looking forward to playing with most?

We are very excited to be performing with Satanic Surfers in Paris. When Waterweed was first formed, we listened to Hero of Our Time and were deeply impressed. We saw their show in Japan and are honored to perform together with a band we admire.

Also, we are performing with Propagandhi and Iron Chic at Manchester Punk Festival. Not on the same date, but also honored to be involved with the same music festival. We are playing on the same day as Death By Stereo. They came to the venue I work at during their Japan tour last year. I started liking them even more after seeing their great performance and personality. I’m also looking forward to performing with Darko and Bare Teeth after we join them, Almeida and Belvedere on a Japanese tour booked by the RNR crew.

There are very few Japanese bands that are well-known here in the UK, although Japan clearly has a thriving history of punk rock. Do you hear of many UK bands in Japan?

Many people know The Sex Pistols, The Clash and The Damned as the three biggest UK punk bands. If the band is big in UK, they become famous in Japan, but not other way around. Japanese bands only sing for Japanese people. My favorite UK band has always been Snuff.

Many of your songs remind me of American bands. Would you say you’re influenced more by Western music, or by Japanese punk rock? Or both?

What sort of bands did you listen to when you were growing up?

I grow up listening to Fat Wreck Chords, Epitaph and Burning Heart but there are so many more. Countless. 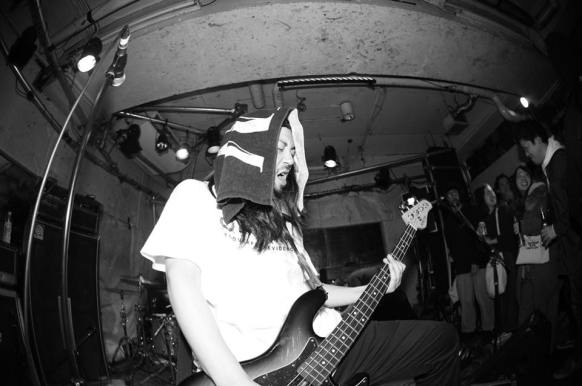 I am really curious about the Japanese punk rock scene. Could you tell me what the punk scene is like in Osaka?

Maybe it’s not appropriate for me to talk about the Japanese punk rock scene! There are many older bands in Osaka, but no young bands are starting at all. Young people prefer pop or metalcore bands. Most people prioritize selling their music and forget to enjoy the music they really like. They think the most important thing is to go have drinks with some executives rather than thinking about making music and practicing in the studio.

If you are interested in knowing about the punk scene in Osaka, go to the live house called Hokage. There are some killer bands playing there, even during the weekdays.

Are there any bands we should be checking out?

I’d like you to check out Lext and Dradnats. We toured Taiwan and Indonesia together last year. They have an excellent sense of songwriting. Also, Bacho, Five No Risk and Palm. They are Osaka locals. The genres are different but all do crazy live shows. They are all treasures of Japan.

Where does the name Waterweed come from?

When we were thinking about the band name, my high school buddy who happened to be there hanging out with us named it.  The band name was not so important for me but I never thought it would last this long! 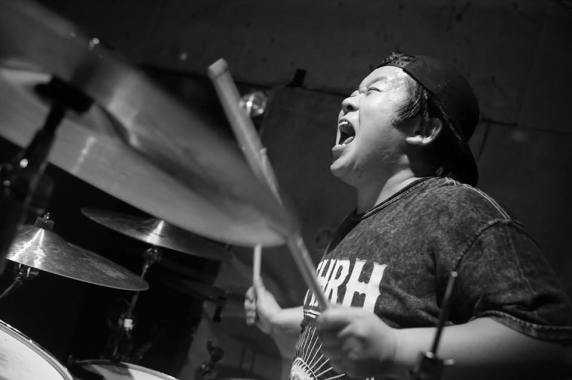 What inspires your songwriting? Are there any themes you often return to?

I try not to listen to music when making music. It is like turning the emotion that are stuck in my mind for a long time into sounds. My life is occupied by work and touring, so my everyday thoughts are often the theme of my music. I prioritize doing something nobody has done before and raising up the spirits of the band and myself.

You released Brightest in Japan in April 2017. How did people react?

I saw the biggest fan response of our career. Since it was released, we’ve held 64 live shows touring Japan, Taiwan and Indonesia.  I just can’t forget the scenes at the shows, so I am eager to tour with our new music as soon as possible. We’ll do our best to make the European tour great as well. 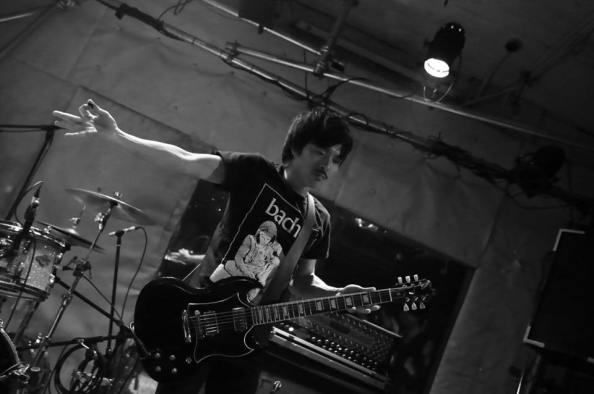 You started out as more of a post-hardcore/screamo band, you’ve been through some line-up changes and now Brightest shows some great melodic hardcore. Do you think you’ve found your sound, or are you going to keep developing and changing?

First, the band members have changed since then. I’m the only original member. We used to make music together and our sound was unique at the time, so it was fun. But many bands started to pack the technical guitar phrases into fast two-beats and use shouts and melody parts. Everybody else started to do what we were doing and it was no fun for me anymore, so we quit making those kinds of songs. Since then, I’ve been making many different songs with the new members and with Brightest I think we could create our original sound. I have more things I want to try so we will continue to evolve. We are aiming to stay as a three piece band.

Do you have any messages for your fans in the UK?

I don’t know how many fans are waiting for our gigs in the UK, but we promise to hold shows that will never disappoint, so please come check out our performance. I believe one day you will be proud to tell people that you went to our first European tour.

We’re lucky enough to be able to see Waterweed in the UK on a handful of extremely killer lineups around the country, notably at MPF, London and Southampton. I think we ought all give a round of applause to Lockjaw Records for bringing out Brightest in the UK too. It’s an excellent album and a rare chance to enjoy some Japanese melodic hardcore without the need to import it. Brightest was released yesterday, April 6th, so you can order it now. Read Joelle’s review of it if you’re struggling to make your mind up. 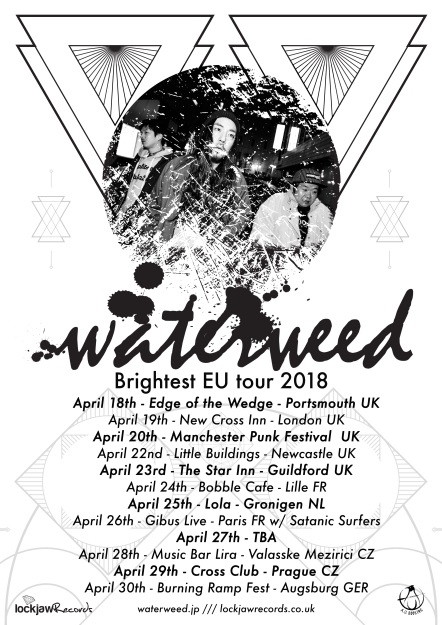