The new ballsy, melodic punk rock EP from Leeds’ Traits will gnaw its way into your subconscious. FFO: No Use For A Name, Lagwagon, The Human Project. 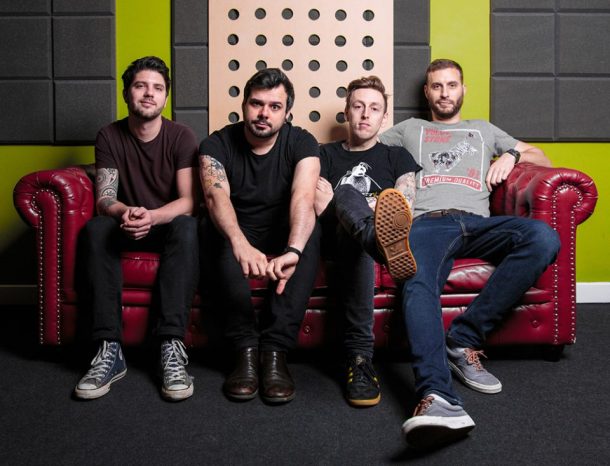 The Traits were a garage rock band formed in 1967 who had a hit with Nobody Loves The Hulk in 1969…this isn’t them! It’s amazing the blind alleys Google can lead you down when you’re researching a band for a review. Traits, minus the ‘the’ are a new four piece band from Leeds featuring members of Random Hand and The Human Project, and a guy called Jon who is apparently lovely, according to one of the write ups my Google search threw up. I’m sure they’re all splendid chaps equally. [Ed: Sarah W personally vouches for this!]

Traits (don’t go putting “the” in front of it!) are a straight ahead, melodic punk rock band. By that description alone you can probably start to build a mental image of how these guys sound and you’d probably fall pretty close to the mark. Now, being honest, there are a million bands doing this kind of stuff right now so the question is, how well do Traits fare against their peers? Fortunately they fare extremely well. For such a new band, albeit with plenty of individual experience, they have a fully-fledged and powerful sound with a keen grasp on song writing and an ear for a naggingly catchy melody. Each song here has at least one hook that will gnaw its way into your subconscious, whether it’s the insistent chorus of I’ve Made My Bed or the quirky riff that rears its head during Drop The Status Quo. If the band had a mission to grab your memory and hold on tight then they’ve ticked that box! 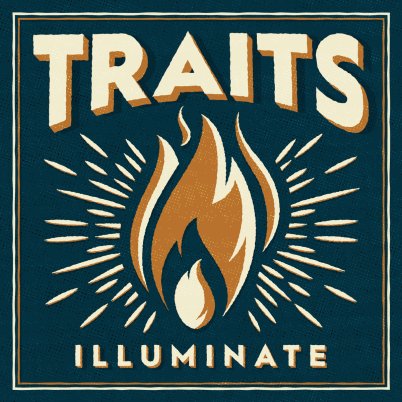 As you might expect, the energy remains high throughout, rarely dipping below an ADHD endorsed 100mph but, on the odd moments when the Ritalin kicks in and they slow it down, it provides a welcome breathing space and shows a strong grasp of song dynamics. The guitars of Jon Simmons are tight and edgy and stand front and centre in the mix whilst the rhythm section of Joe Tilston on bass and Dan Powell on drums lock together tighter than a pair of shagging dogs! Johnny Smith’s voice is an interesting one, and may be an acquired taste for some, although it’ll be a favourite for fans of The Human Project. He operates in the higher registers but still maintains some grit in his throat. In fact, and this may make him cringe, he would also make a pretty good metal singer, as evidenced on I’ve Made My Bed which flirts tantalisingly with thrash metal in places… fortunately staying just on the right side of the line though. He has a credible power and delivery to his singing though that should bring round anyone who might, at first, find his voice a little irritating.

Lyrically, these are stand up guys, well-meaning and socially considerate, good, honest punk rock fare. They address issues such as looking out for others on Less Fortunate to accepting responsibility for your actions on the aforementioned I’ve Made My Bed. The lyrics are certainly not ambiguous, opting for the direct approach, which can, at times seem a little awkward, clunky and maybe a little preachy, but you can’t argue with the sentiment behind them at all.

If Traits can match the same levels of quality and energy on stage as they do on this release they should be a fearsome live band. In terms of this EP, it may be nothing ground breaking but that hardly matters, it’s still a very cool release that any fan of ballsy, melodic punk rock could, and should, get right behind.

Illuminate is another brilliant Andy Hawkins production, which Traits will be self-releasing on April 18th. Don’t miss out, pre-order a copy direct from the band. Follow Traits on Facebook for further updates.