Mark Bartlett dissects the magic of recording, songwriting democracy and why we should all contribute to the art we enjoy.

Check Out: All Talk #1: What’s The Point Of Being In A DIY Punk Band?

Bands, let’s all examine our work ethic for a moment…

I want to look as excited as I actually feel but I’m just really, really sleepy (and still recovering from a nasty bout of flu). It’s the first of 5 days of recording our new EP All Talk at The Clubhouse in Tunbridge Wells with Ricky Beetlestone. The spirit is absolutely willing but there are giant fuck-off bags under my eyes and a tired rashness to my cheeks that’s making me look like Phil Mitchell at peak booziness. 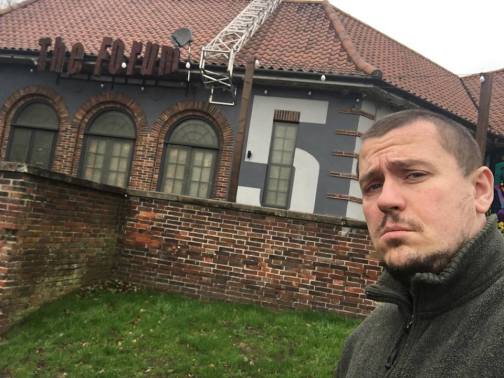 I finished work at 2am last night, which meant I was forced to get the N199 night bus outside Charing Cross with all the pissed up Friday night misfits, thus eventually crawling into bed at 3:45am. This isn’t ideal for a 7:45 wake-up time. To be fair, I don’t have to do anything today apart from be here and give approving nods and dismissive headshakes.

I know absolutely fuck all about the technical aspects of the recording process so, after meeting all round nice chap Ricky and lugging a few drum bits around, I snuggled into the leather sofa at the back to try and have a nap. Actually, I did pause to be suitably impressed by the monolithic mixing desk, which seemingly had 500 different dials and doohickeys that a luddite like myself could never comprehend. 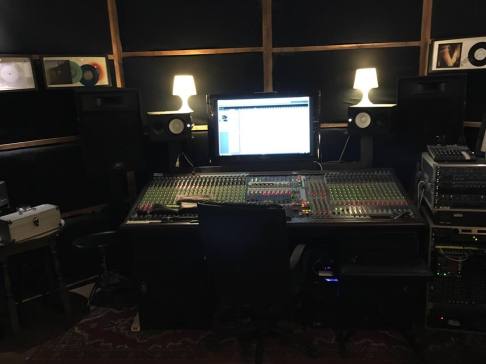 Despite my sleepiness (that I hope didn’t come off as apathetic rudeness to our new producer friend), I am excited. This is the best part of being in a band. We’re making a record; it’s going into the digital cloud to live forever and provide some evidence to future society about exactly who their silly ancestors were.

And this is where the internal panic sets in and confidence turns to doubt. Are all the parts up to scratch? Are the songs too long? Will people hate my voice as much as I do? Are the lyrics cringey? Is this the best we can do?

In the first part of this series I spoke a bit about the ‘why’s of being in a DIY band, particularly investing time and effort into playing for small audiences often comprised of friends, sometimes at high cost to yourself. I concluded that it’s all worthwhile, even if you’re stressed out from dealing with the relentless social media admin and running at a loss.

What I didn’t really touch was the meat of the whole thing: making music.

Speaking personally, I wish I was more coherent as a lyricist. Being a singer has always been more of a catharsis thing for me. I tend to fill a journal with stream of consciousness sentences about any random thing I’m thinking, then cherry pick lines I like to fit over whatever instrumentation the guys have concocted. I usually decipher the meaning at some point after, though some common themes keep recurring. A goofy trope it might be, but it’s genuinely pretty good self-therapy. We write all of our songs together. Myself and our two guitarists have been in the same bands for almost 20 years now, so we have a trust that it will work out well for the most part. 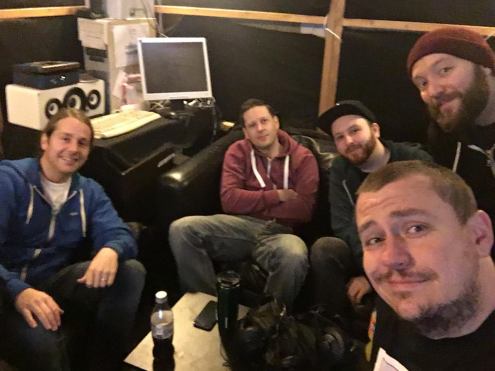 The problem with being in a fully democratic group with no primary songwriter means we’re slooooooow at writing. We’ve been in this version of the band since 2015 and we have six songs. We’ve thrown six songs away too, but still, it’s far from prolific and it makes me sometimes feel like we’re really lazy when it comes to the most important element of being in a band. We’re the sort that like to think we exercise a rule of quality over quantity, but sometimes, when you can only meet once a month, songwriting can actually feel like hammering a square peg into a round hole. It’s a tough thing to become disciplined at.

I always turn to my hero Jeff Rosenstock for inspiration… He’s somehow managed to release about 30 records in the past 20 years to minimal fanfare until the past few years, but it’s all on him. At the other end of the spectrum you’ve got a band like Glassjaw who’ve coasted through the last 20 years on 2 albums and made everyone wait 15 years for a 3rd… They’re playing Brixton Academy this year so whatever works for them I guess.

So, reflecting on it, I’m really happy with the writing for our new EP. We’re only recording 3 tracks, but we’ve been advised that’s more than enough to occupy us for 5 days. The track listing goes as follows:

It took a good while to shape these three tracks into what they’ve become. They have the most outright poppy hooks we’ve ever written and, lyrically, I’ve managed to reign myself in and stick to a theme rather than being too abstract. The title and the themes relate directly to what I’ve been talking about above: trying to exercise some discipline in doing whatever it is you’re trying to do. In my case and in these songs, it’s losing weight, pulling myself out of debt and having better relationships with my friends and family. 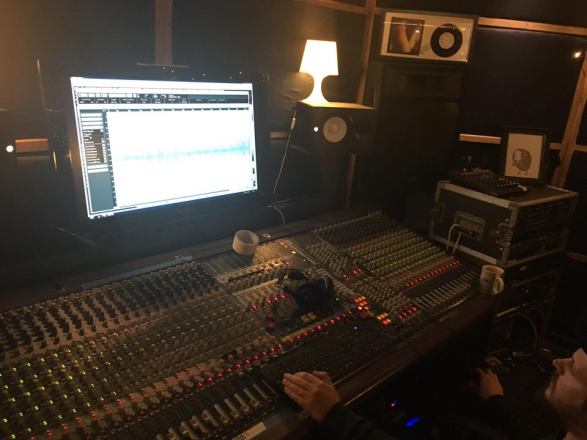 Recording is the most satisfying part of being in a band. I’ve seen so many greats bands over the years that have never released a record. To me, it’s absolutely criminal that you can put so much effort into writing but never leave a lasting footprint, no matter how small.

Recording can be boring. There’s a lot of sitting around waiting, while listening to take after take after take. It may sound a little cheesy and Disney-esque but despite the sometimes monotonous nature of the process, it is magical when the finished thing is finally ready to be heard.

We immediately felt producer Ricky was the right guy for the job. He’s friendly and down to earth but a firm but fair taskmaster, and not afraid to push you to get the best he can. I’m a little nervous already about recording my harmonies, because they’re not 100% set in stone yet. A lot of time was spent perfecting the drum set-up on the Forum stage, and our drummer Reeve did a great job getting everything done on day one. We have two and half days to get all the guitars and bass down, then a day and a half for all the vocals and backing. It’s a tight turnaround. 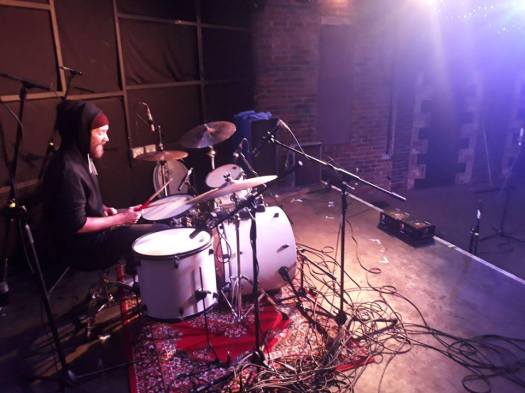 Ultimately, I don’t think it really actually matters if you write 3 songs a year or 50, as long as you’ve made the best out of the circumstances you have to write in. What really matters is that you’re doing something. I’m a steadfast believer that if you’re a fan of a form of entertainment (whether that’s music, movies, comics or sports) you should try to contribute to it in some way that goes beyond just enjoying it as a passive spectator.

We all know people like it; friends who are always banging on about the book they’re going to write, or the movie they’re going to make, or that they’re going to start painting or drawing but never actually make a meaningful effort because they’re scared of not being amazing right from the get go. We can’t wait to finish this record, we’ve worked really hard on it, and even if it’s only us that loves it, that’s good enough.

If you’ve ever written or performed a song, record yourself in any way you can or can afford to, even if it’s just with your phone. You never know the impact even a shoddy sounding demo can have on a listener, and people might really care about what you have to say. Even if they don’t, you likely will have learned a few important things about yourself and your own voice. If you want to make films, get out there with a camera. It doesn’t matter if it’s every day or once a month, as long as you’re trying your best and you’re committed to a goal.

Check Out: All Talk #1: What’s The Point Of Being In A DIY Punk Band?

Explore our #MentallySound series for more articles about mental health in music.

One thought on “All Talk #2: Are You Trying Hard Enough?”