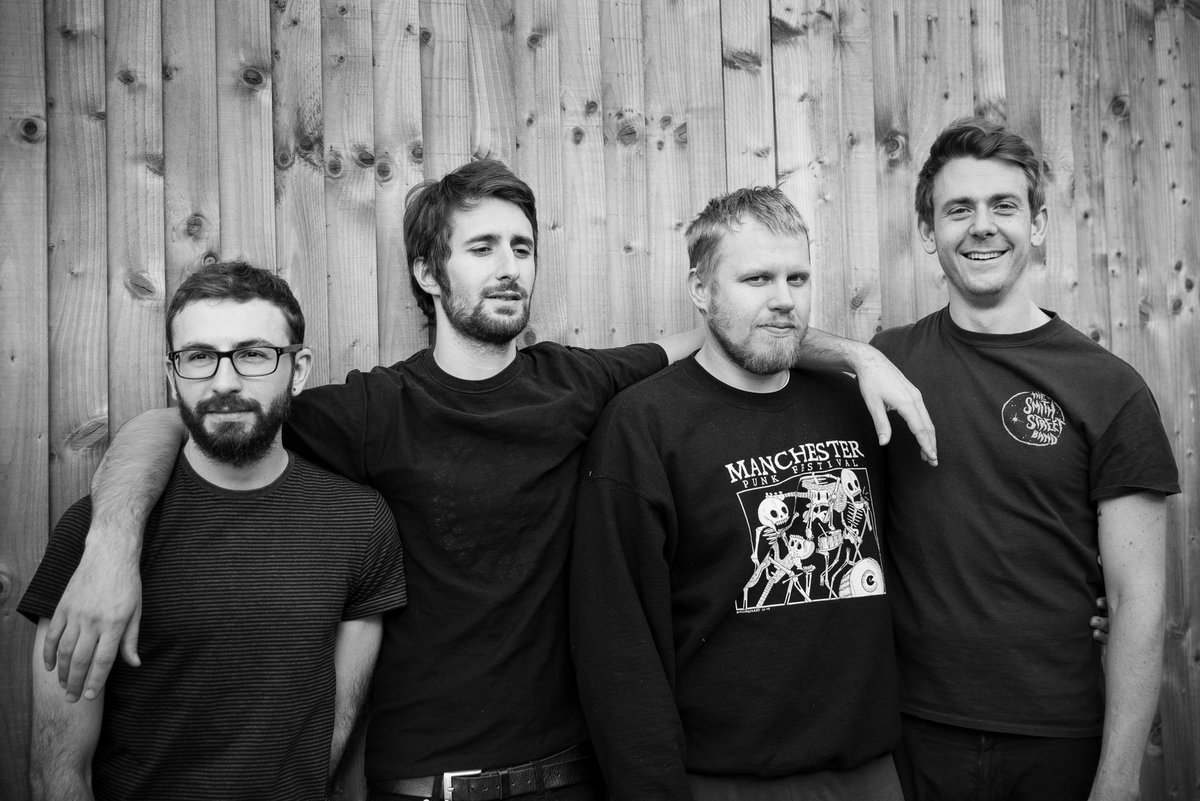 When I first saw The Burnt Tapes on a poster (a year or so ago) I’d already decided that they were awesome before ever hearing a note of music, such is the power of an excellent band name. But a band needs to be more than just a really really cool name. On Alterations the London-via-Athens band deliver six tracks that stand toe to toe with their peers and cement their position at the top of the pile of London’s best punk bands. Tone Apostolopoulos (vocals & bass), Phil Georgoulopoulos (lead vocals & guitar), Panos Tessaromatis (vocals & guitar) and Jordan Hall (Drums), have delivered one of 2017’s standout melodic punk releases.

Short opener Alterations sets the tone and pace nicely. Sonically, it all begins in a fairly sunny fashion, with triumphant progressions and some flowery harmonies that are effectively betrayed by vocals that take the granite chewing grit of Hot Water Music’s Chuck Ragan, viewed through a modern Iron Chic-esque lens. “‘Cause at twenty-eight, what the fuck can you change?”

Lead track Oh Marie was the first song I was exposed to. I immediately got vibes that took me back to circa 2001 post-hardcore/emo classic bands. Musically, the chord changes are a bit Good Mourning-era Alkaline Trio. The opening progression is menacing and bubble-wrapped in glass half-empty pessimism. Lyrically, we’re in a dark place here: “I’ve looked better, you’ve looked worse. Crawling on the ground for your last cigarette.”

It’s followed by one of the two strongest tracks on the record. The excellently punny Wayne Regretzky opens with a huge, sparkly pop riff that leads into the most dynamically interesting verse-to-chorus changes on the EP. Lyrically, it’s poignant and personally affecting with the refrain, “All good things pass, real fast,” delivering the record’s best lyrical moment.

Ghosts is arguably the EP’s weakest moment. It’s still a great, entertaining track, but it’s a little short and lacks a hook of the magnitude delivered on the rest of the record’s tracks. In context though, it works absolutely fine.

Things Get Weird is the obvious highlight purely in terms of earworm catchiness. It’s relatively simple and is driven by the HUGE chorus, “I can’t sleep at night, my broken teeth a reminder. This year’s been a weird one, and it’s not getting better.” Repetition, and layers of additional backing vocals only serve to cement the strength of this awesome track.

The final track The End Of Airlie Gardens reminds me musically of Today’s Empires, Tomorrow’s Ashes-era Propaghandi. A moody opening guitar line twists, changes and finds itself married to the pop-rock awesomeness of the, “The wind and the water, carried me away,” refrain. It ends things as melodically strong as possible.

The Burnt Tapes should be super proud of Alterations. It’s uplifting, even through it’s more melancholic lyrical moments, catchy as the flu and full of idiosyncratic quirks and personal ticks that makes it stand individually alongside other releases within a crowded genre. Spend time with this record. It’s worth every second.

Give them a Like on Facebook, and keep an eye out for them live at Pie Race, around London, or the Xmas Bash at Warrington’s Old Town House.